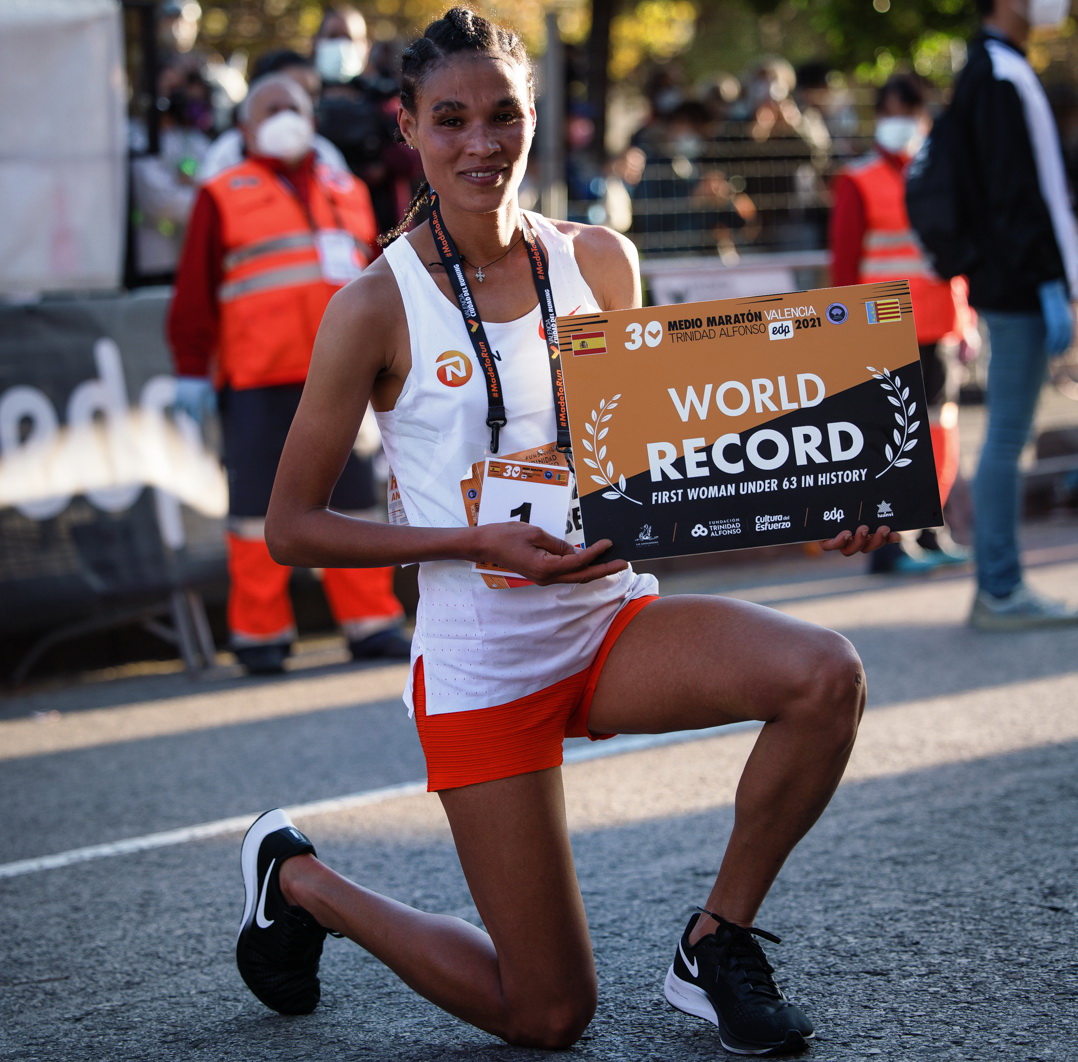 Currently, two women have run the marathon in two hours and 14-minutes. Not that long ago, this was thought impossible. In fact, it wasn’t thought of.

In 2003, when Great Britain’s Paula Radcliffe ran 2:15:25, the performance was considered off the scale — perhaps unclean. At one point, World Athletics had attempted to take the record off the world records list, however, they failed to do so due in part to her protestations. Her 2:15:25 stood for 16 years until 2019 when Kenyan Brigid Kosgei broke it in Chicago with her 2:14:04 running.

Ruth Chepngetich wins the women's race with the second fastest time ever, 2:14:18! pic.twitter.com/uUkOBpFBZk

Clearly, things are escalating and they may just ramp up even more.

Chepngetich has competition. Kosgei is not done, not by far. They are the same age and Kosgei’s average is higher with her second-fastest performance at 2:16:02 in Tokyo this year. Expect Kosgei to run around her world record again. But, Kosgei and Chepngetich have more company in Peres Jepchirchir, who beat Kosgei head-to-head in Sapporo at the 2020 Tokyo Olympic Games.

Jepchirchir has run as fast as 2:17:16 in the Valencia Marathon two years ago.

Regardless of how stunning these athletes are in their ability to run the marathon and half marathon, they will all be looking out for Ethiopian Letesenbet Gidey, who may just crush all distance records.

Gidey has run a mixed half marathon (men and women in the same race) in the time of 62:52 in Valencia in 2021. It is the world record. There is, however, a separate world record for women’s only race performances, and that one is currently held by Jepchirchir from the Gdynia, Poland World Half Marathon Championships. She won in the time of 65:16 two years ago.

Gidey’s half-marathon record carries a World Athletics points performance rating of 1281. Her 10,000m world record rating is much better at 29:01.03. At the Hengelo Diamond League meet she won, of course, and that performance is rated at 1303 points.

According to Jack Daniels VDOT performance tables, Gidey’s half marathon world record translates to a 2:12:00. It typically takes three attempts to hit the marathon according to one’s capability.

There are many ways to take a half marathon performance to extrapolate how fast an athlete will run the marathon with the usual caveats of: putting in all the right training, having a perfect day in terms of weather, and rolling out the tactics appropriately with good pacers and competition.

She may run sub-2:13. Women are typically 9-10% slower than men across all distances. Sometimes less so, while the men’s record catches up or visa versa. Incidentally, at the time of Radcliffe’s record, she was only running 9% +/- slower than the men’s current world record (so it wasn’t off the scale, after all, at least not in comparison to the men’s record).

Adding nine per cent to Eliud Kipchoge’s record of 2:01:09 would put the women’s time at 2:13:05 — a case of the women catching up to the men, this time; or one particular unusually great male marathon runner.

Some less scientific ideas include taking the person’s half marathon time, doubling it, then adding 10 per cent of their half marathon time and that is what they should run a marathon in (in the best case scenario). This would bring her into the 2:12-low area.

Then there are online calculators who do the work for you, you just need to ask it to work out the solution to your problem. No matter how we measure Gidey’s potential, what we know is, she is faster in the half marathon than every one of the top marathon runners, she is also faster over 10,000m than all of them…and the 5000m.

One intangible is her form. She moves effortlessly and runs with a tall style with impeccable textbook-like form. At 24 years of age, she holds four world records including the “world best” in the 15K distance.