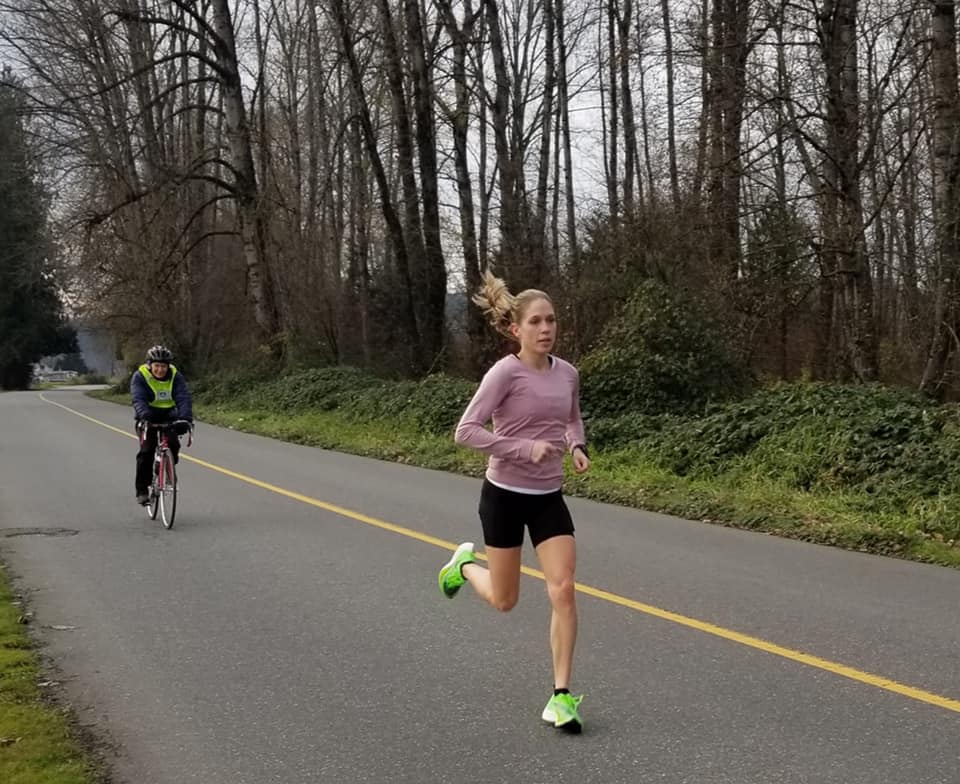 The popular IAAF scoring tables suggest sub-2:28:00, however, they do not account for the new fly shoes by Nike. Wodak will be wearing the Next %. It was then suggested in the article that she could chase the national record.

She added that she wasn’t sure exactly where her fitness lies because she has a few key workouts to fit in before her taper, which will provide more information. Saturday, she ran one of those key workouts, a four-times 5K run with two-minute jog recovery intervals.