On the eve of The World Anti-Doping Agency’s (WADA) conference that takes place in Johannesburg, South Africa, ‘to help shape the future of one of the most pressing issues faced in sport today – doping’ sports fans, stakeholders and athletes everywhere  are interested in what will come of the conference. In terms of catching up with performance enhancing drug cheats, is progress going to be made?

This is the fourth World Conference on Doping in Sport, and runs from November 12 – 15th. The purpose of this conference is to gain approval for the new 2015 World Anti-Doping Code; the single global code is followed by each member nation, or at least that is the intent and the spirit of the code.

Recently, Jamaica – the world sprinting powerhouse with a meagre population of just three million people as well as Kenya, Jamaica’s equivalent in distance running and Turkey (well Turkey is Turkey), have been embroiled in controversy due to their apparent lack of compliance with the code, which has resulted in a spate of positive drug tests. A common assumption heralding the increase in positives is that it is a sign that WADA, the IOC and member nations are doing a better job at catching cheaters.

Paula Radcliffe, world record holder in the marathon with her 2:15.25 best and road 10k of 30:21, told Athletics Illustrated that first time offenders should get a four year ban, rather than the current two. Although she avoided discussing how much money she may have been cheated out of by drug users, she has been vocal about cheaters. During the 2001 IAAF Edmonton World Track and Field Championships, she went as far as holding a placard while in the stands as convicted Russian doper, Olga Yegorova ran in the 5000m final, the placard read, ‘EPO Cheats Out’.  The purpose of a four year ban according to Radcliffe is it would cover enough time to pose a real risk to an athlete’s career.

The Canadian Centre for Ethics in Sport (CCES) – the Canadian equivalent to the United States Anti-Doping Agency (USADA) launched an anonymous hot line Tuesday, November 5th for the purpose of providing athletes and anyone connected to sport the opportunity to anonymously report tips of alleged doping.  To aid in the anti-doping effort, the federal government and the Canadian Olympic and Paralympic committees are contributing a combined $1 million toward the fight against illegal performance enhancements through this Centre’s efforts. This is equal to the member nation payment obligation that Canada submits to WADA and is matched by the International Olympic Committee to fund WADA.

The founder of WADA, Dick Pound, replied to an email from Athletics Illustrated. In his response, he asked, “Is there anyone really t

here, at the end of the hot line?”

So I placed 15 calls to the anonymous tip line and heard 15 times, the following out-going message: “Thank you for calling the Canadian Centre for Ethics in Sport anonymous report doping line, if you would like to leave a message….,” several menu options were indicated, each time I chose number two, ‘to speak to a representative’. Thirteen of the calls resulted in a second opportunity to leave a message with a different outgoing voice mail. I applaud the intent of the new million-dollar hotline, but I question the will of an anonymous caller to leave a message onto a phone system where they have not yet talked to a live individual.

Dick Pound’s question was echoing in the back of my mind, “is there anyone really there, at the end of the hotline?” Answer: Not so far. To be fair, Mr. Pound also wrote, “I think that anything which will help athletes (who are the ones being cheated by dopers and those who protect and encourage dopers) draw attention to suspected cases of doping could be very helpful.  The key will be whether authorities are prepared to act and investigate such complaints.”

Bal Gosal, Canada’s Minister of State for Sport said, “It will also strengthen the investigative capacity of Canada’s anti-doping programme.”

The Canadian Olympic Committee president Marcel Aubut acknowledged Tuesday that his committee has done little until now to address the problem, “Fairness, clean play and integrity need to become prerequisites in international competition,” he said and added, “Competing against the world’s best in an equitable manner is what sport is all about.”

That sounds good, but what about competing against Turkey, Kenya and Jamaica?

Much of the media have dragged poor old Ben Johnson, the proverbial sacrificial lamb out of the attic time and again. Whenever doping is 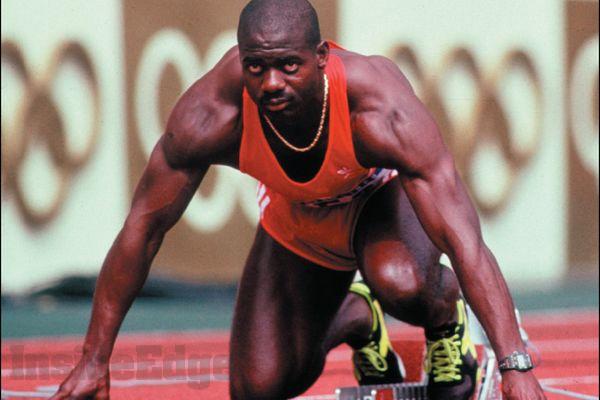 mentioned in Canada, Johnson’s name is dragged to the front of the conversation. His coach Charlie Francis, during the Dubin Inquiry said, “It was an even playing field, it just wasn’t the playing field you expected it to be.” That was 1988, 25 years on and sport continues to be embroiled in doping scandals. Clearly Johnson isn’t the martyr we expected him to be.

Before the 2013 IAAF World Track and Field Championships, Turkey had over thirty of its athletes banned or suspended for testing positive primarily for anabolic steroids, including the same product that made Johnson’s eyes glow yellow, Stanozolol.

Turkey was in the running to win the opportunity to host the 2020 Summer Olympic Games. They submitted a bid in the name of host city Istanbul. On September 7th 2013, during the International Olympic Committee’s 125th IOC Session in Buenos Aires, outgoing IOC president Jacque Rogge announced the winner as Tokyo, Japan. Karma! Perhaps there is progress being made in the fight against PEDs.

Member nation testing compliance is (in part) only as effective as the level of localised corruption and up until the recent spate of positive tests; it can be assumed that the ability to pay WADA the annual member nation fee was a factor as well. For example, in 2013 Canada was invoiced and paid $957,729 to WADA – of the roughly 26 million dollars in annual revenue generated from all member nations. Kenya’s ability to pay resulted in a cheque for $2,880, while Jamaica submitted $4265 of the $4329 that they were invoiced. Perhaps millionaire sprinters from Jamaica could help JADCO pay the $36 (USD) difference to WADA. I can only assume that the IOC and WADA must have thrown their arms up and decided to test onsite and out of competition, regardless of the country’s ability to pay and the expense of engaging in such travails.

guilty of taking a banned diuretic, but she escaped with a public reprimand from her Jamaican disciplinary panel. That’s not justice.

Upon my 15th call to the hotline, I got Eric Galas, Manager of anti-doping intelligence at CCES. He took my call. He said that he does operate the hotline amongst his regular duties. Upon asking about the state of busyness to do with the hotline, he politely recommended to transfer me to the media line.

I was transferred to Danielle who took my call; she is the Associate Director of Communications. I clearly explained who I was and what the purpose of my call is. In all fairness, the hotline was set up on November 5th – these are early days. Her reply to my question about how busy the hotline could be (to not take 15-consecutive calls) she said, “There apparently is a glitch in the system, we are looking into it, however; we have been getting some calls.” She wouldn’t give details about the quantity of calls they have received. She followed up by email explaining that the system is working well and that someone is there to take calls, alternatively a caller can leave an anonymous message, if they wish.

Again, I applaud the intent, but for a million dollars the snitch line should have a dedicated individual to personally take calls.

Pound’s comment, “The key will be whether authorities are prepared to act and investigate such complaints,” is poignant, but what about beyond investigation? For example, on November 8th, the International Paralympic Committee (IPC) overturned Azerbaijani power-lifter Gunduz Ismayilov’s lifetime ban, for steroid use. This, after his former partner confessed in a court of law to spiking his drink with a substance which led to his second anti-doping violation in four years.” It’s a ruse.

The alarming rise in Kenyan athletes getting caught through testing, and the lack of response from Athletics Kenya, has provoked condemnation from WADA. According to the BBC, Kenya faces censure from WADA for failing to carry out a full inquiry into the alarming statistics. Since January 2012, 17 Kenyan athletes have been suspended for using performance-enhancing drugs compared with only two between 2010 and 2012.

One year ago, I interviewed German television and radio journalist, Hans-Joachim “Hajo” Seppelt, who is a reporter and expert for the ARD network on doping, politics in sport and coverage of the summer and winter Olympic Games, as well as other major sports events. He found it easy to source PEDs while working undercover as a sports agent in Kenya. More recently, I have had a conversation with a young Kenyan athlete who asked if taking performance enhancing drugs would help him get fast enough to race internationally. Upon telling him that he should take care of the training first he replied, “Okay, then I will get them and take them.”

Clearly education needs to trickle down to the athletes. And as Radcliffe and Pound have indicated, authorities must be prepared to act. WADA’s 2015 anti-doping code must have laws and the language written to provide the legal means and the will to ban drug cheats for a length of time that acts as a true deterrent, such as four years for first time offenders and lifetime bans for subsequent positive tests. The IOC and WADA need to sanction member nations enough to deter their national athletic bodies from turning a blind eye, until then, we cannot suggest that we are making progress in the war against performance enhancing drugs.