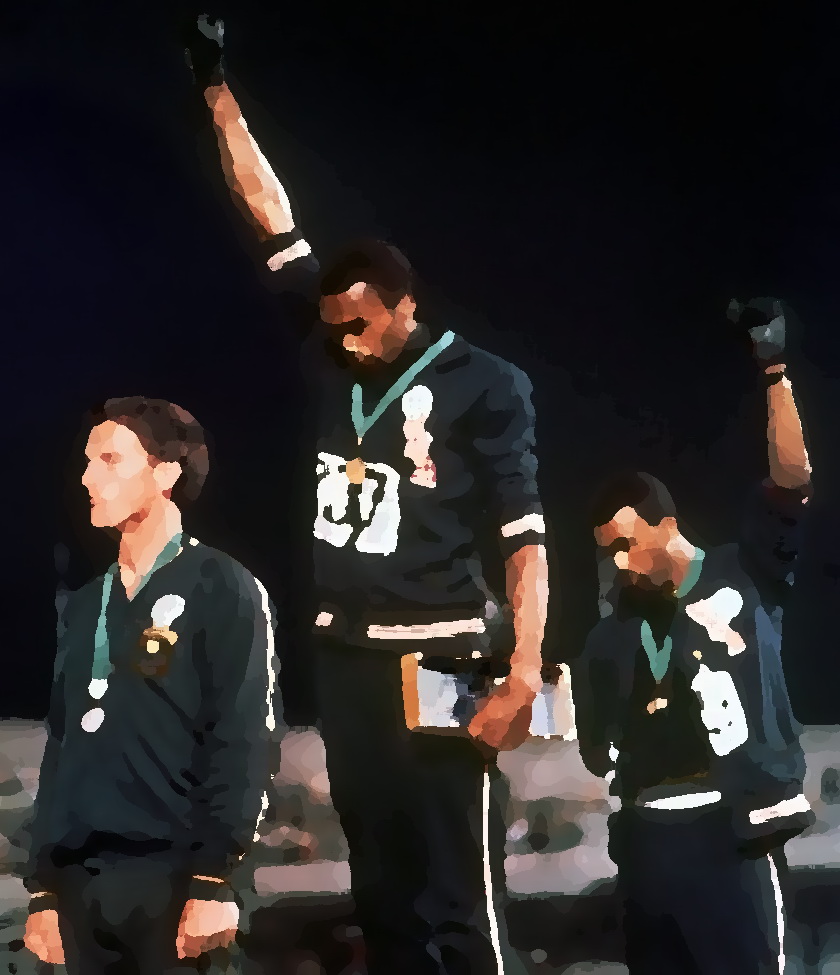 Lord Sebastian Coe, president of World Athletics, has no issues with athletes protesting during national anthems and medal ceremonies. However, the International Olympic Committee (IOC) does.

The IOC’s Rule 50 states that “no kind of demonstration or political, religious, or racial propaganda is permitted in any Olympic sites, venues, or other areas.”

Coe is in favour of athletes protesting at next summer’s Olympic Games in Tokyo. He said that he is “proud of the stance athletes are taking in support of equality.”

Coe has joined the growing voice of athletes calling for the IOC to relax Rule 50 that currently prevents athletes from protesting.

Since at least June 2020, the IOC has talked of relaxing the rules.

According to the Associated Press, the IOC said it would begin talks that could lead to athletes making stronger protests at future Olympics. Its current stance is that for athletes copying the iconic raised fist salutes by U.S. sprinters Tommie Smith, centre, and John Carlos, right, at the 1968 Mexico City Olympics could be sent home.

“I was very clear that, if an athlete wanted to take the knee in a medal ceremony, or before a competition, I have absolutely no problem with that as long as it is done in a respectful way – in fact the way that Tommie Smith and John Carlos and Peter Norman effectively did 52 years ago in Mexico,” Coe said, according to Sky Sports article (Lord Coe welcomes taking a knee at the Olympics and is proud of athletes’ stance, Dec. 28, 2020).

The relaxing of Rule 50 cannot come soon enough for athletes. The IOC’s words of “future Olympics” speaks of foot-dragging in visiting the issue. The most powerful arm of governance in a democratic society is the people, not the governing body. To avoid a groundswell of protestation that could lead to an organised movement, the IOC would behoove themselves to act now.

"We strongly believe that if athletes are protesting in the spirit of Olympism, then to punish them for these peaceful protests goes against what the Olympics is supposed to represent and encourage."#Rule50 https://t.co/z55b7223s1 https://t.co/I0ajyjMnFU

IOC President Thomas Bach said in 2018, “the Games will descend into a marketplace of demonstrations of all kinds” if Rule 50 is not in place.”

In and around 1890 French educator and creator of the modern Olympic Movement Pierre de Coubertin wrote the Olympic Charter. It starts with, “What is Olympism”: “a philosophy of life, exalting and combining in a balanced whole the qualities of body, will, and mind. Blending sport with culture and education, Olympism seeks to create a way of life based on the joy of effort, the educational value of good example, social responsibility and respect for universal fundamental ethical principles.”

Coubertin wanted to make the world a better place through sport, hence his creation of the Olympic Movement. Coubertin believed sport could bring communities together, stop war, and promote healthy competition free from cheating and discrimination.

A concerning number of athletes and coaches missed the credo on cheating, while discrimination continues to exist. Although the culture of discrimination has improved over the past 50 years, there is a long way to go to eliminte its scourge completely.