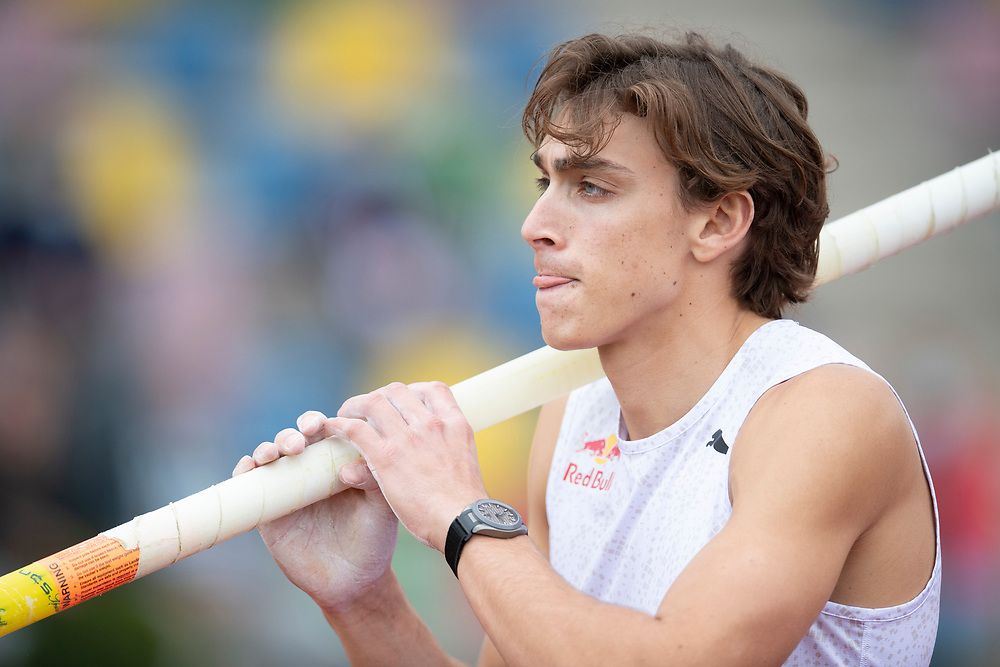 World champion and world record holder pole vault Armand Duplantis is set to come to the 41st edition of the FBK Games on Monday, June 6th, 2022.

The phenomenal 22-year-old high-flyer just became the Indoor World Champion in Belgrade this past weekend. Duplantis improved his two-week-old world indoor world record from 6.19m to 6.20m. By coming back to Hengelo, Duplantis returns to the place where he jumped his season’s best score of 6.10m last season. Less than two months later he became the Olympic champion in Tokyo. In the past years, there have been no brakes on the young Mondo, which he is called affectionately. In his young career, he already won 13 Diamond League events which he has performed in since 2018, and has become the 2018 and 2019 European Champion both outdoor and indoor.

Knowing Duplantis he will raise the bar higher in Hengelo on June 6th than his current FBK Games record of 6,10m. Maybe he will even try to improve on his outdoor world record of 6.15m which stands since 2020.

Duplantis said, “Last year I participated in Hengelo for the first time. I jumped 6.10m and broke the meeting record. Even though only 1500 spectators were allowed in the stadium due to COVID measures I had a blast jumping there. To hear the roar of the crowd was awesome. I suspect that this year it will be even cooler with not only 1500, but a stadium full of spectators. Next to that Hengelo is a great facility and a place where you can really jump high, so I am looking forward to returning this year.”

Ellen van Langen, Meeting Director FBK Games added, “We are very happy that Mondo Duplantis returns to the FBK Games. Duplantis chooses his events carefully. He feels at home in Hengelo, partly because of the great interaction he has with our fans. With full stands, I am expecting a real spectacle!”

The FBK Games is the only athletics event on the world stage in the Netherlands and is part of the World Athletics Continental Tour Gold. A series of 12 meets. The ticket sales are open. Visit www.fbkgames.nl for more information.