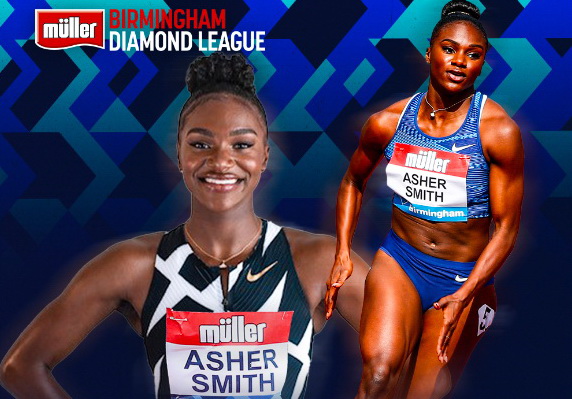 World and European champion Dina Asher-Smith will compete at the Müller Birmingham Diamond League at the Alexander Stadium on Saturday, May 21.

After a 2021 season disrupted by injury, the Blackheath & Bromley Harrier will compete over 100m in Birmingham this summer as she prepares to defend her global and continental titles in Eugene (July) and Munich (August) respectively.

Fastest woman in British history confirmed for the #MullerBhamDL 🙌

Who's pumped to see @dinaashersmith in #DiamondLeague action at the new Alexander stadium?

“Last year was full of emotional ups and downs but I think I’m a stronger athlete now because of it,” said the 26-year-old. “I was in great shape early in the season and I was heartbroken not to be able to compete to my full potential in Tokyo, but I was also incredibly proud to come home with a relay medal and to finish my year so strongly.

“That’s behind me now, and my focus is on the busy summer ahead. I’m looking forward to returning to Birmingham for the first time since 2019 and to kick start my season the best possible way – happy and with great home support.”

The Muller Birmingham Diamond League featuring the best athletes from around the world takes place at the Alexander Stadium on the 21st May. Sign up here at Britishathletics.org.uk to receive exclusive access to priority tickets from tomorrow (Wednesday 16th March)