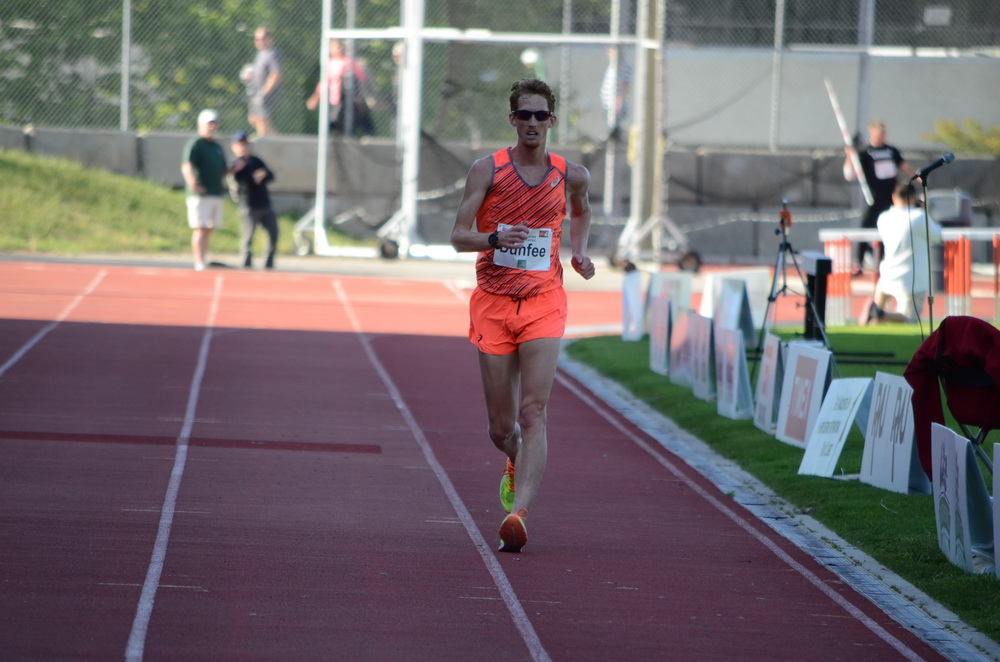 What am I missing? Prepare for the heat, respect the heat, thrive. I’ve seen enough to know that those who prepare properly have nothing to fear. So why do we cater to the ill prepared? I’m trying to see the other side but honestly, I just don’t get it. Help me understand.

The IOC is relocating the races to Hokkaido, the northernmost prefecture of Japan, which is located 800 kilometres north of Tokyo, meaning potentially lower temperatures for the athletes during the Olympic Games as a reaction to extreme heat concerns.

In the first of his posts, the 29-year-old said: “Hey, @iaaforg @iocmedia, I’m assuming this means you’ll be paying for my family and friends flights and accommodations who have already booked for Tokyo?

“This breaks my heart and is poised to ruin my Olympic experience.

“Was there ANY consultation with athletes over this?

“Prepare for the heat, respect the heat, thrive.”

Meanwhile, other athletes have tweeted that it was a positive step to consider the athlete’s health wherein Doha, organizers were criticised for putting on the event despite it being one of the hottest places on earth, with daytime highs typically around 40 degrees.

Twenty-eight women of 68 did not finish the Doha world championships marathon despite the event being run at midnight. Two did not start.

The men’s and women’s racewalks saw similar numbers and the men’s marathon was slightly better, where 18 of 73 athletes dropped out.

The Doha meet was awarded through a bribe process that saw former IAAF president Lamine Diack and his son Pappa Massata, who orchestrated the approximate $500,000 bribe, be incarcerated and sent to jail.

Predictions are being made that there is a possibility that Tokyo could be nearly as hot.

The average high in Tokyo in July in August historically has been 29-30 degrees with a low of 21-23.

The average highs and lows for Sapporo, Haikkaido at that time are 25 to 26 and 17 and 19 degrees centigrade.

Dunfee was heralded for his good sportsmanship in Rio, when he was in bronze medal position near the end of the 50K racewalk, he was bumped by a Japanese competitor and thrown off rhythm. Dunfee could have protested and potentially won the medal but decided to leave it be. 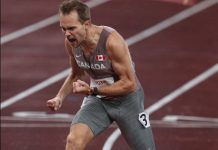 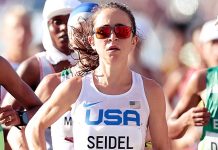 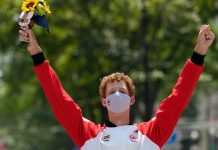 It was a record Olympic Games on several levels; Sebastion Coe praises and thanks the Japanese 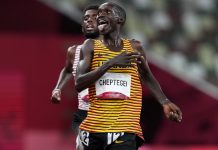