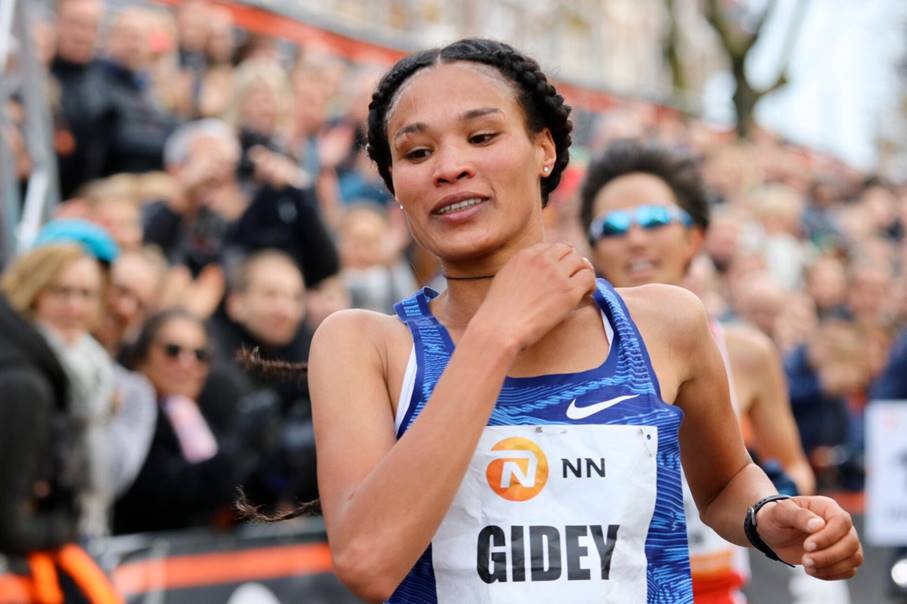 Letesenbet Gidey of Ethiopia has won the NN Zevenheuvelenloop in a new 15km world record. Gidey crossed the finish in the time of 44:20. The rising Ethiopian athlete crushed the previous world record set by Kenyan Joyciline Jepkosgei during the Prague half marathon of 2017. The world record stood at 45:37.

With this win, Gidey further solidifies her status in the global running scene after taking home the world silver medal on the 10.000m in Doha last month. Finishing second behind Sifan Hassan (NED).

After her victory, Gidey told the press: “I am so so happy to have won here in a new world record. I felt I was in good formin preparation to the NN Zevenheuvelenloop and my legs felt good all race. I was quite surprised to see how much time I was able to get off the previous world record, to be honest, but I had great legs and it was a really nice race. To finish with this result makes me so proud and so happy.”