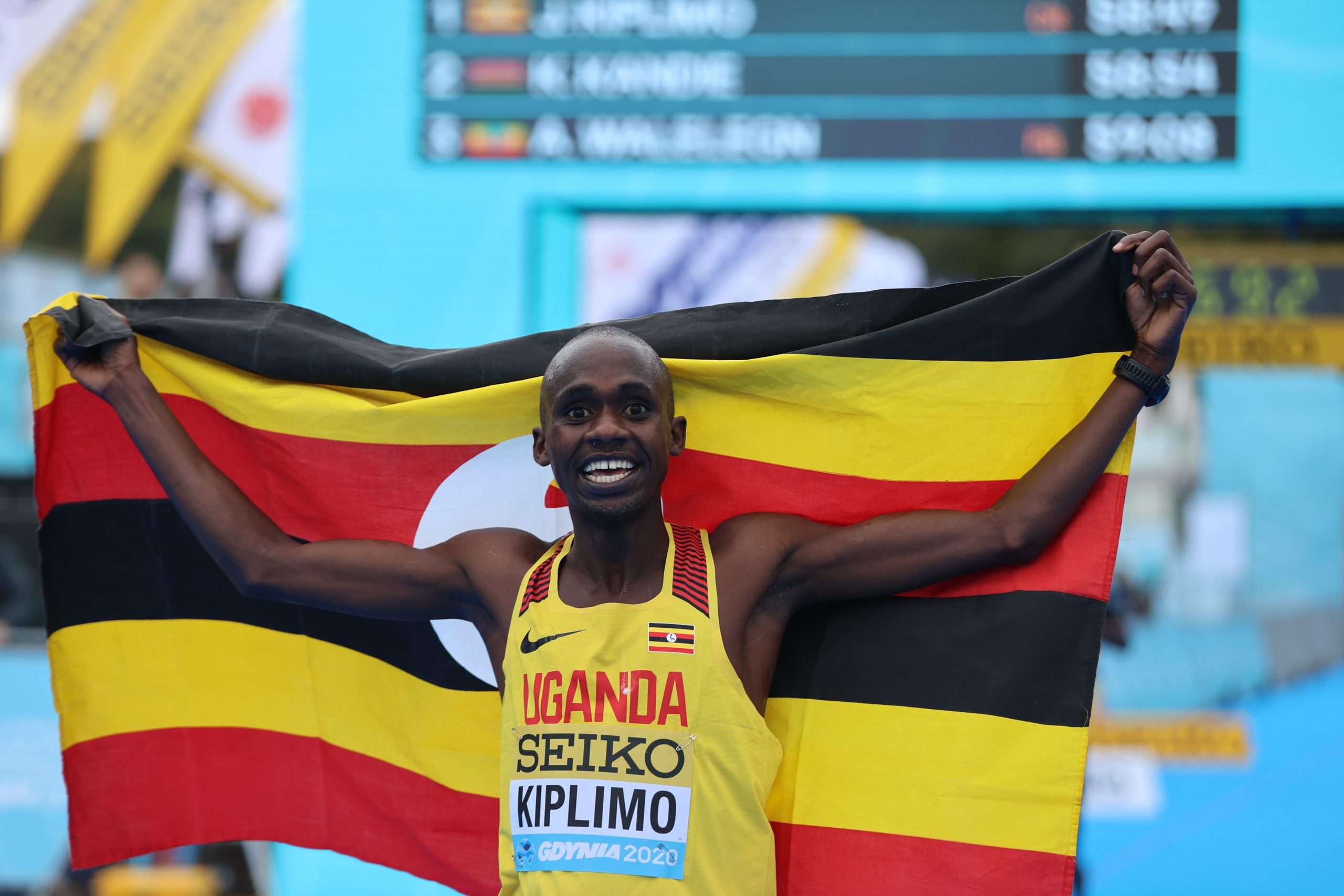 Sunday, October 16 will be a busy day in road racing as the Amsterdam and Toronto Marathon takes to the streets of their respective cities, as does the Vedanta Delhi Half Marathon. There is a half dozen more marathons that day around North America — it’s marathon season.

Not to be left out is Uganda’s world half marathon record holder Jacob Kiplimo who will be on the start line of the Vedanta Delhi Half Marathon. One of the most prestigious road races and a World Athletics Elite Label Event.

The 21-year-old is the reigning world half marathon champion after winning the World Athletics Half Marathon Championships title in 2020, and last year ran the phenomenal world record time of 57:31 in Lisbon.

He has already had an outstanding 2022, winning both the RAK Half Marathon in Ras Al Khaimah, United Arab Emirates in February in a world-leading 57:56. Kiplimo then won the Great North Run half marathon last Sunday, two of the few rivals to the VDHM for the unofficial title of ‘The Best Half Marathon in the World’.

A man at the pinnacle of long distance running, and someone who's dominated races across the world, is coming to Delhi! 🙌💪

During the summer, Kiplimo focused on the track and won a World Athletics Championships 10,000m bronze medal and then a memorable 5000m and 10,000m double at the Commonwealth Games last month.

Ethiopia’s Amdework Walelegn improved the Delhi course record to 58:53 in 2020, but Kiplimo believes he can run the fastest half marathon ever seen on Indian soil during his first visit to the country next month.

“I have been told that the Vedanta Delhi Half Marathon course is a quick one and the record suggests that you can run fast times there. It is always dangerous to make predictions about what you are going to do, but what I can say is that with a month to go
to the race, I am in good shape, and I will focus on preparing specifically for the race over the next few weeks,” said Kiplimo.

“I had a successful track season although I would have liked to have done a little better at the World Championships, but I have not raced too much this year, so I am still fresh and I want to show the people of Delhi and India what I am capable of,” he added.

The race has a prize fund of $268,000 USD, and the international elite field will have its sights on the first prize of $27,000 for both men and women.

“We are thrilled to be able to welcome Jacob Kiplimo to India for the very first time and to headline this year’s Vedanta Delhi Half Marathon. It is a reflection of the event’s stature that it annually draws some of the biggest names in distance running,” said
Vivek Singh, Joint Managing Director, Procam International.

“As one of the leading half marathons in the world, I’m excited that we are back on the international calendar, bigger and better. It’s our privilege to welcome Vedanta as the title sponsor, as we look to build on our shared objective of strengthening the legacy
of this event as a stimulus for empowerment and change,” he added.

We noticed you're visiting from France. We've updated our prices to Euro for your shopping convenience. Use Canadian dollar instead. Dismiss