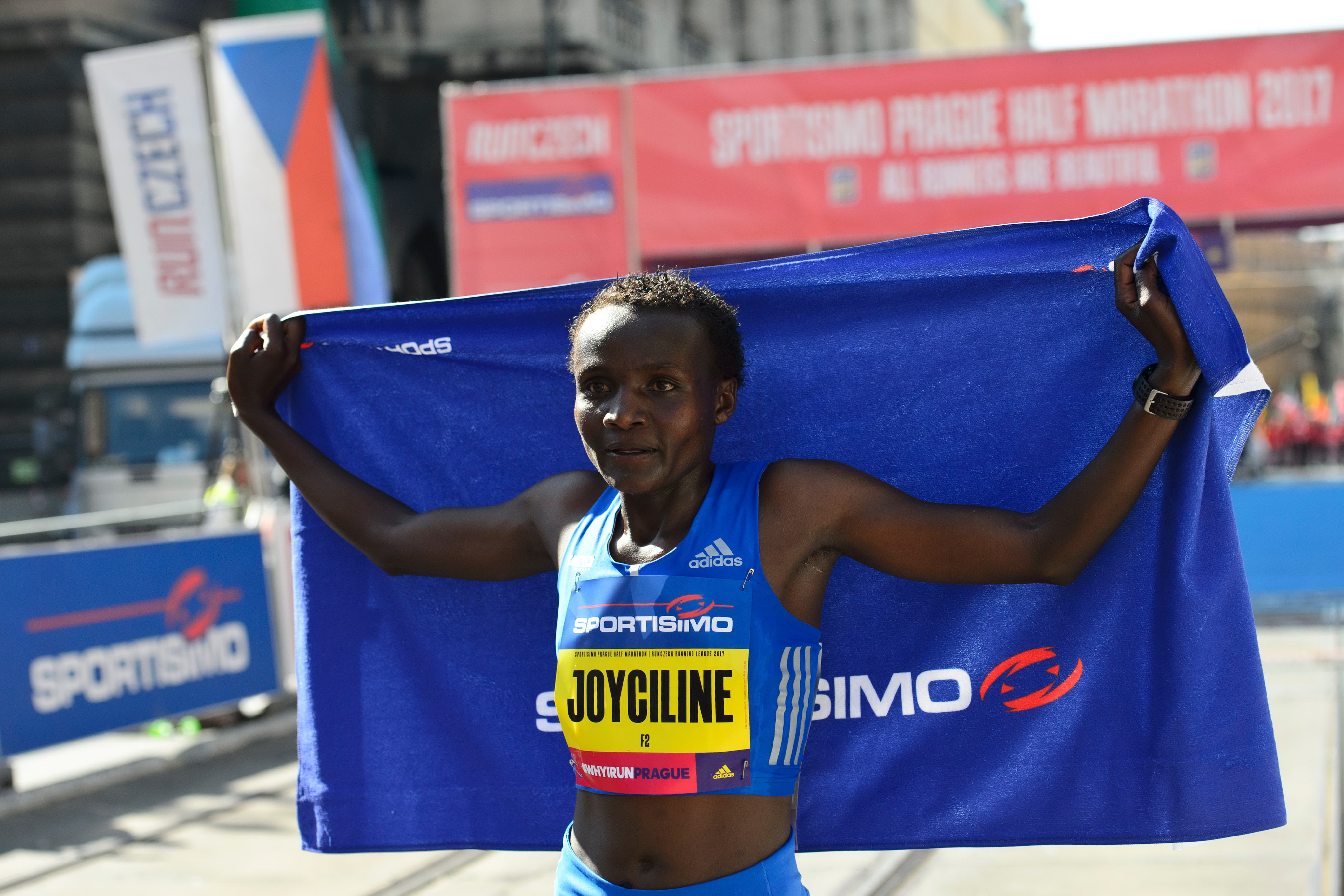 Kenya’s world half-marathon record holder Joyciline Jepkosgei has been added to the women’s elite field for the 2018 Airtel Delhi Half Marathon. The race will take place on Sunday. The matchup brings about the prospect of a thrilling head-to-head contest with three-time Olympic gold medallist Tirunesh Dibaba.

The pair have met twice before. Firstly, at last year’s Ras al Khaimah Hal Marathon when Jepkosgei finished third and the Ethiopian legend was fifth; secondly in May this year at the Manchester 10km in Great Britain when Dibaba (whose participation in the ADHM 2018 has been previously announced) got the upper hand with a convincing win – 31:08 to 31:57 – with the Kenyan runner in second place.

However, Jepkosgei will come to the ADHM 2018 in fine form buoyed by a half
marathon win over a classy local field in a high-altitude race in her native Kenya last
Sunday (7 October).

“The Airtel Delhi Half Marathon is my first-ever trip to India and so I am very much looking
forward to visiting and also competing against, once again, Tirunesh Dibaba as well as
the rest of the field of accomplished and confident women,” said the 24-year-old
Jepkosgei.

Jepkosgei grabbed international attention in an emphatic way on several occasions
during 2017.

She set a world half marathon best of 64:52 in Prague in April last year and improved
that mark by one second to 64:51 in the Spanish city of Valencia 12 months ago.
Sandwiched between these two record-breaking half marathon outings, Jepkosgei
became the first woman to run under 30 minutes for 10km on the roads when she ran
a world record of 29:43 on her return to the Czech capital Prague in September 2017.
This year has seen Jepkosgei compete in her first global championship and she
returned to Valencia almost five months after her world record in the same city and
placed second at the IAAF World Half Marathon Championships in March.

Curiously, after her stunning successes of 2017 and despite running a series of fast times
in the last nine months, Jepkosgei is still looking for her first international win of 2018 and
that will provide her with extra motivation in Delhi.

“I am very excited by the prospect of seeing Joyciline and Tirunesh duel for supremacy
in the capital city. Both women are coming here in great shape and an entertaining
and engaging battle should be in prospect,” commented Vivek Singh, joint managing
director of race promotors Procam International.

“The focus of attention will inevitably be on their head-to-head, but it also would be
very unwise to ignore the rest of the elite women. We have already announced that
there will be a very strong continent in the women’s race coming from Ethiopia.
“With the likes of 2016 ADHM winner Worknesh Degefa, Ababel Yeshaneh, Zeineba
Yimer and Senbere Teferi on the start line we could very well see an upset which will
make headlines around the world,” he added.

The ADHM women’s course record has been standing since 2009 and belongs Kenya’s
Mary Keitany at 1:06.54.

However, with the calibre of women in this year’s race, many people will be watching
the clock closely to see whether this long-standing mark will fall.

This year marks the 14th edition of the prestigious IAAF Gold Label Road Race which is
now one of the world’s leading half marathons.

All the leading runners, both men and women, will have their sights on first prize
cheques of US$27,000 with a total prize money purse (combined men and women) of
US$280,000.

Unfortunately, Procam International have had to announce the withdrawal from the
men’s race of Eric Kiptanui.

The Kenyan, who is the fastest half marathoner in the world this year, recently sustained
a slight injury in training and is not back to full fitness.

A similar situation has led to the withdrawal of Kenya’s Caroline Kipkirui from the
women’s race.