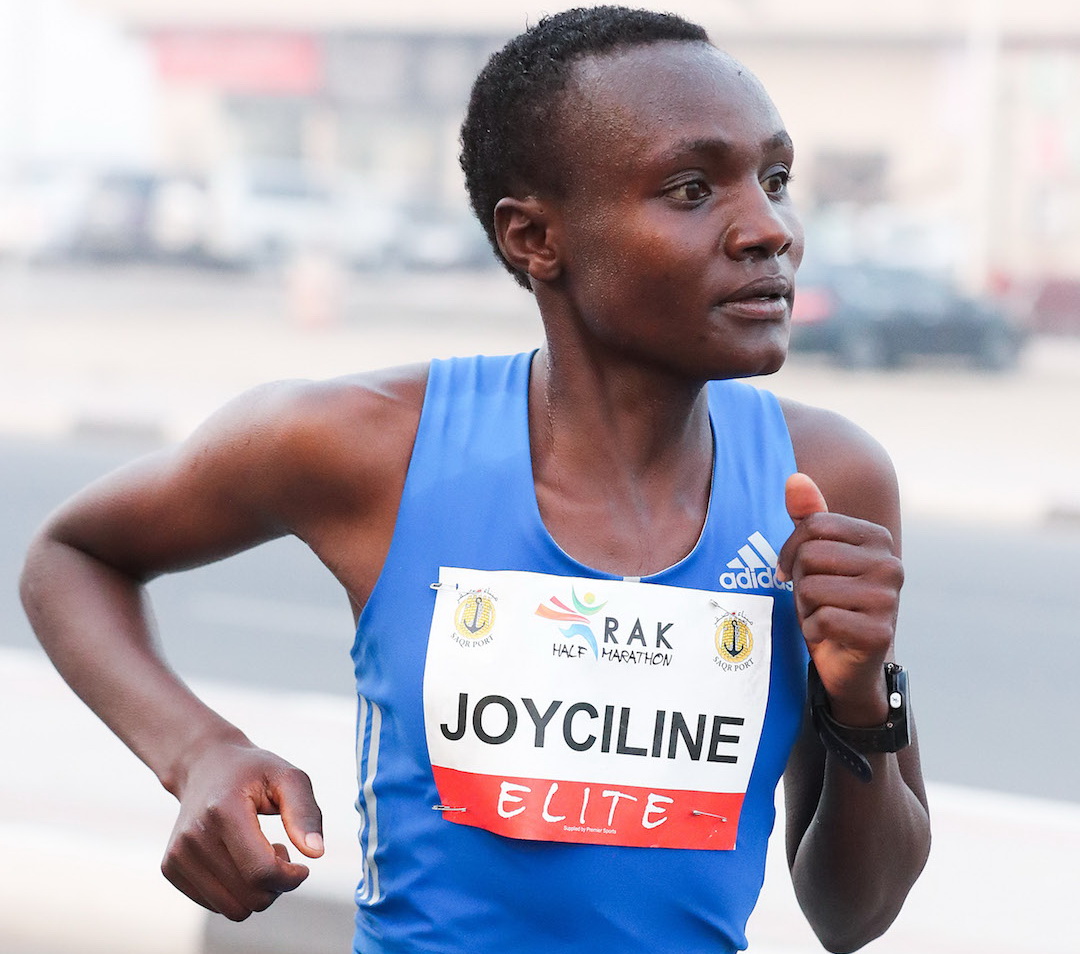 World half marathon record holder Joyciline Jepkosgei will run her debut at the full distance in Hamburg on 28 April this year. This was announced by the organisers of the Haspa Marathon Hamburg today. The marathon debut of the 25-year-old Kenyan is one eagerly awaited in international road running. Organisers also confirmed that Abel Kirui will compete on the fast course in Hamburg. The Kenyan has won two World Championship gold medals and an Olympic silver. He intends to attack Eliud Kipchoge’s course record on 28 April. Online entry for Germany’s biggest spring marathon is still possible at: www.haspa-marathon-hamburg.de

“We are extremely proud to welcome these two outstanding athletes among many other promising elite runners to our race. It will be fascinating to see what immediate impact Joyciline Jepkoskei can have in the marathon. In contrast, Abel Kirui has so much experience. We hope that he can use this well and produce something special on our fast course,“ said chief organiser Frank Thaleiser.

When Joyciline Jepkosgei now turns to the marathon there is a parallel to the greatest runner of the distance ever, Eliud Kipchoge. The Kenyan Olympic Champion and world record holder also ran his debut in Hamburg. Back in 2013 Kipchoge won the race with a course record of 2:05:30 that still stands today. However, Jepkosgei did not think about Kipchoge when she opted for Hamburg. “My manager Gianni Demadonna and my coach Gabriele Nicola both told me that Hamburg has a fast and flat course,“ said Joyciline Jepkosgei, who hopes “for a good debut“ on 28 April. „I would like to achieve a time of around 2:22. But there are still two months of preparation to come. I have to wait and see how my body reacts to the training. Once I am a week away from the race I will see in what kind of form I am. Then I will determine my final goal.“ Since the beginning of the year, Joyciline Jepkosgei has started training for her marathon debut under the guidance of her new coach Gabriele Nicola.

If Jepkosgei, who usually trains with male pacemakers, can build good form in the coming weeks Hamburg’s course record could be within reach. Maybe Jepkosgei can then follow in the footsteps of Kipchoge by breaking it in her debut in Hamburg. Ethiopia’s Meselech Melkamu holds this mark with a time of 2:21:54 from 2016.

According to Abel Kirui the men’s elite race will definitely see an attempt to break the course record. „I am focussing on Hamburg. The race will be a big challenge for me as I want to break Eliud Kipchoge’s course record. It will not be easy as it is a 2:05 time. However, I really want to do it. It will be a big show,“ said the 36-year-old Kenyan, who won world marathon titles in 2009 and 2011. Kirui, who holds a personal best of 2:05:04, also took the silver medal in the Olympic marathon in 2012. A year ago he was fourth in London and then seventh in Chicago, clocking sub 2:08 times in both races.