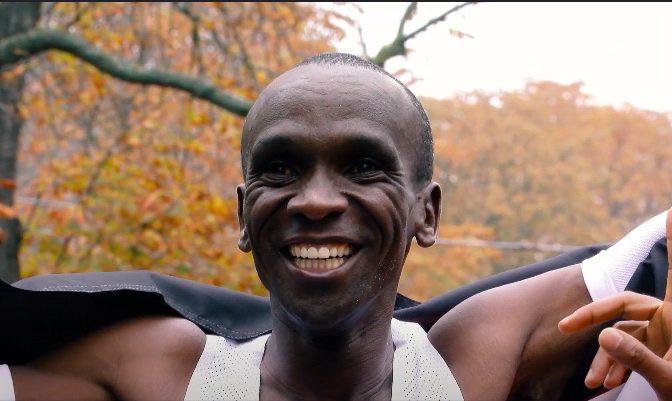 The twice-postponed Tokyo Marathon is on Sunday and leading the fields are both world record holders Eliud Kipchoge and Brigid Kosgei of Kenya.

Kipchoge has run two hours, one minute, and 39 seconds in Berlin in 2018 and won the Tokyo Olympic Marathon. He will be looking for the win on the streets of Tokyo in his quest to win all six races that comprise the World Marathon Majors series.

Kipchoge’s primary competition appears to be a pair of Ethiopians world championships silver medallist Mosinet Geremew and Shura Kitata. Geremew ran the 2019 London Marathon in the time of 2:02:55. He took silver at the 2019 Doha World Athletics Championships marathon. Geremew’s 2019 London performance makes him the fourth-fastest marathon runner of all time.

Eight times he has won Marathon Majors events including four times each in London, and Berlin as well as Chicago in 2014. What is remaining are Boston, Tokyo, and New York. He is the two-time defending Olympic marathon gold medallist and is noted for taking 13 of the 15 marathons that he has competed in.

Japanese record holder Kengo Suzuki who owns a best of 2:04:56 is in the race. Never underestimate the will of an athlete on home turf.

The weather forecast calls for a low of 4C and a high of 13C with a light breeze and gusts of 22km.

Kosgei may perform better in cool temperatures. Her win in Chicago in 2019 broke Paula Radcliffe’s 16-year hold on the world record of 2:15:25; Kosgei clocked a 2:14:04. It was hot in Sapporo, where Kosgei ran the Olympic marathon, but was beaten by fellow Kenyan Peres Jepchirchir. The two have each held the world half-marathon record. Currently, Jepchirchir holds the women’s-only half-marathon record at 65:17, while Ethiopian Letesenbet Gidey has run 62:52 in a mixed male and female race.

Kosgei will have her hands full with Kenyan Angela Tanui. Tanui won the 2021 Amsterdam Marathon in the tome of 2:17:57.

Gotytom Gebreslase of Ethiopia may be a serious threat. She raised eyebrows with her 2:20:09 in Sept. 2021 when she won the Amsterdam Marathon in her first go at the distance. She went on to run 65:11 in the half marathon in Dec. Until then, she gave no indication that she could run that fast.

American Sara Hall ran 2:20:32 in Chandler, AZ in Dec. 2020. She has been a beacon of consistency over the past three years, rewriting her personal bests through the distances with world-class performances including her half-marathon national record of 67:15 in January. Her coach-husband Ryan Hall happens to hold the men’s national half-marathon record.

Domestically, Japan’s Mao Ichiyama is a serious threat for a top-three position with her best of 2:20:29 from the 2020 Nagoya marathon.