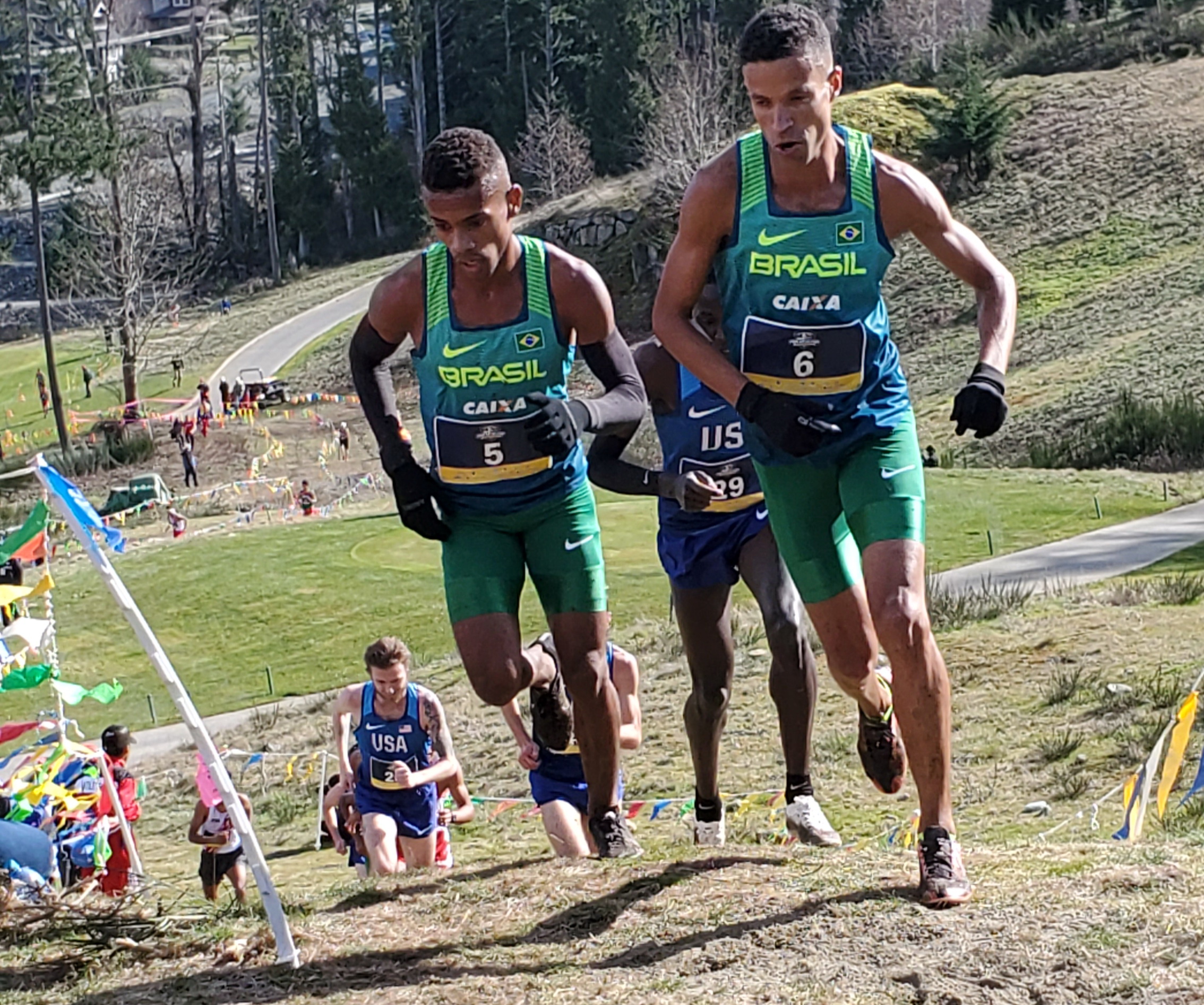 The final weekend of February proved to be an exciting one for distance running fans as three major events took place. The USATF Tokyo Olympic Marathon Trials happened in Atlanta, GA, meanwhile the Japanese Trials were run in Tokyo. Also, the 2020 Pan Am Cross Country Cup happened in Victoria, BC.

The big questions going into the Atlanta race was whether Galen Rupp and Jordan Hasay were going to return to their previous form, since having to leave their coach Alberto Salazar.  Both had dropped out of the Chicago Marathon in October. Rupp found a coach in Mike Smith at Northern Arizona University and Hasay is partially self-directed and has employed former marathon world record holder Paula Radcliffe.

Rupp played with the lead pack a couple of times before creating separation at approximately 21 miles. He and Frank Shorter are the only two Americans to win two Olympic Trials.

Excitement unfolded over the final 10K of the race, as Leonard Korir, chased hard and with less than 1K to go, the kick was on  – to no avail, as Riley and Abdirahman secured their Olympic spots, going 2-3.

Former Kenyans Aliphine Tuliamuk and Sally Kipyego finished 1st and 3rd and in-between Molly Seidel finished second. Tuliamuk won in the time of 2:27:23, Seidel, who battled hard until the final mile, had to settle for second.

She finished in 2:27:31, which represents a new personal best, while Kipyego crossed the final timing mat in 2:28:52.

Fan favourite Des Linden finished in a heartbreaking fourth in the time of 2:29:03.

Hasay, faded and although appearing to be over her injury that made her drop out of Chicago – she finished in a slow-by-her-standards 2:37:57 for 26th overall. Not the race she wanted.

In Victoria, BC, Canadian record holder in the 3,000m steeplechase Geneviève Lalonde won the senior women’s race handily. She buried the competition at about half-way through the 10K race and never looked back, winning in the time of 37:37. She moved to the island in January. Originally from Montreal, then Moncton, NB, and then Guelph, ON where she ran for the University of Guelph – she is now situated on the coast and enjoyed home course advantage on Saturday.

Asked if she is rain-adapted (even though rain didn’t fall during the race), she said, “yes, I am rain adapted and it is great to be able to train all year round.”

In the men’s race, it was an exciting photo-sprint finish between Kenyan-American Anthony Rotich and Johnatas De Oliveira Cruz of Brazil. The two raced side-by-side for the entire five-lap, 10K course and just when the crowd thought Cruz had started to pull away over the final climb of the big hill, Rotich unleashed a terrific sprint to finish in the same time – the win was credited to Cruz.

All Pan Am coverage available here, with more coming>>

Race director Tad Hayano wanted records at the 2020 Tokyo Marathon, and records he got. Despite the withdrawal of almost the entire international women’s and men’s wheelchair fields, both races saw Japanese athletes solo new course records. Tsubasa Kina and Tomoki Suzuki tuned up for the 2020 Tokyo Paralympics with new records of records of 1:40:00 and 1:21:52, reaping the rewards of a doubled prize money purse.

In the women’s marathon, Kenyan-born 2019 Prague Marathon winner Lonah Chemtai Salpeter (Israel) kicked away from a tight pack race at 30 km to win in 2:17:45, a course record and new Israeli national record. With three Japanese men controlling the pace through 30 km the race stayed right on the hot end of the planned 3:17~18/km pace up to that point, burning off competitors including defending champion Ruti Aga (Ethiopia) and Frankfurt Marathon winner Valary Jemeli Aiyabei (Kenya) one by one until it was only Salpeter, two-time Tokyo winner Birhane Dibaba (Ethiopia), Sutume Asefa Kebede (Ethiopia) and Selly Chepyego Kaptich (Kenya) when the pacers stepped off.

Full results and details are available at Japan Running News>>

Shoestrings: Reid Coolsaet broke his own Canadian masters half Marathon record at the Chilly Half Marathon in Burlington, ON in the time of 1:04:34. He also won the race. His personal best is 63:16, while he has run a non-legal 62:42. For nearly a decade he was Canada’s fastest and most consistent marathon runners with a personal best of 2:10:28.