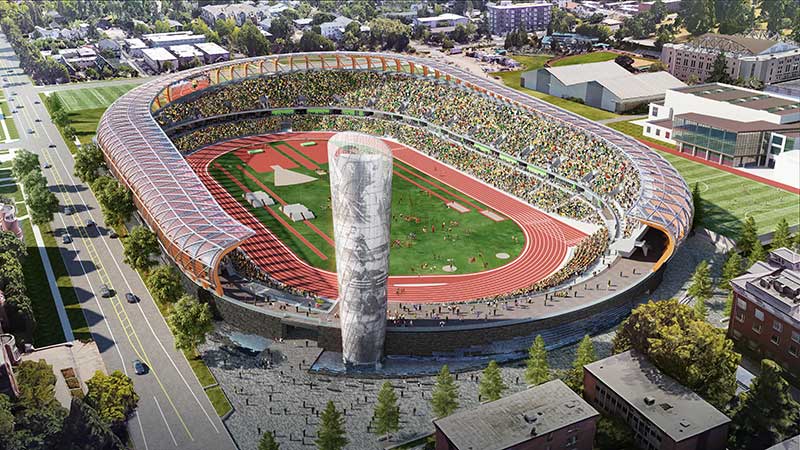 Young, a Northern Arizona University athlete ran 13:24.26 at the Drake Relays in Des Moines, Iowa. A few hours later Hocker improved on that time during the USATF Grand Prix meet at Hayward Field in Eugene, OR. Hocker runs for the University of Oregon.

After 12 laps, the race came down to a 200m sprint, where Hocker, who is known for his big finish, dropped the pack, that had started to ratchet the pace up at the bell, but they were together with half a lap to go.

At the Drake Relays, 5000m a pair of Canadians had big races, however, the race was won by 22-year-old Australian Morgan McDonald. He finished in the time of 13:21.19. Canadian Kieran Lumb clocked a new personal best with his 13:24.25, while just behind Young in third was former Michigan Wolverine and NCAA 10,000m champion, Ben Flanagan, with a 13:25.39 finish time for fourth and a new personal best. The performance nicely matches with his 10,000m best of 28:06.88.