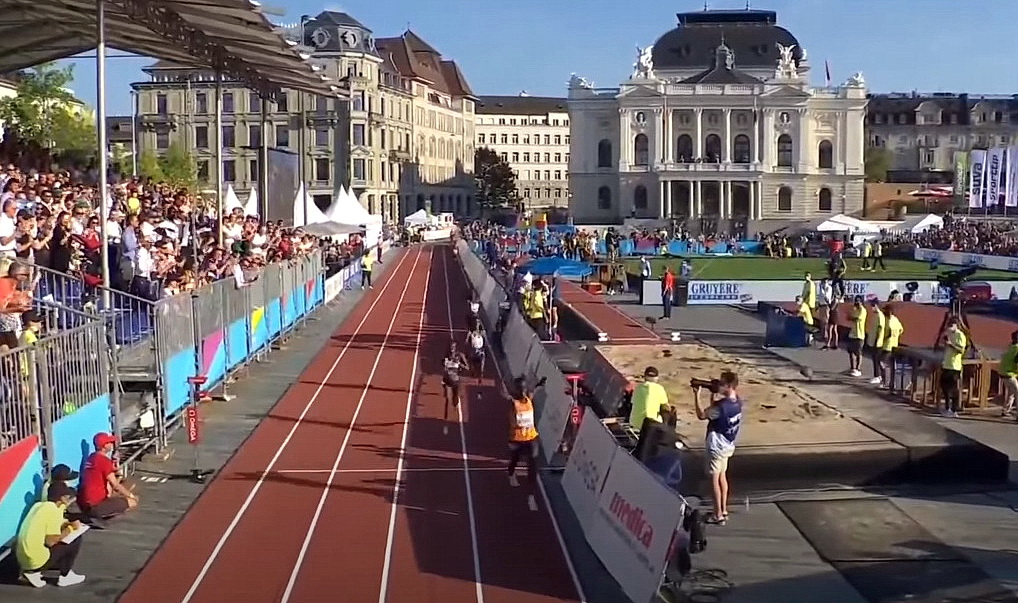 Francine Niyonsaba of Burundi won the women’s 5000m event at the Zurich Diamond League meet Wednesday on Day 1 of the finale of the 13 event series. She clocked a 14:28.98 performance. Finishing in second place was Kenyan, Hellen Obiri, in the time of 14:29.68. Ethiopian, Ejgayehu Taye, finished third in the time of 14:30.30.

The race as run on a non-standard 563-metre outdoor, make-shift track with sharp, banked corners, as opposed to the standard stadium loop of 400m.

The race went out at a strong pace due to the pacer, Canadian Kate Van Buskirk, being confused by the distance or the placement of the 1000m marker — apparently it was inaccurate, according to the announcers. She dropped off at approximately five-minutes into the race.

Margaret Kipkemboi of Kenya took over for a spell before Obiri stepped up to the front as the pace had waned after Van Buskirk retired.

Obiri led to approximately 11-minutes into the race before Taye took over. Meanwhile Niyonsaba sat in the back of the lead group for much of the race, but she heard the bell, she pressed the pace along with Obiri on her should for the final half a kilometre.

It was the second consecutive 1-2 finish for Niyonsaba and Obiri in the Diamond League.

Niyonsaba, an intersex athlete (produced a high volume of testosterone) has re-configured herself from a world-class 800m runner to a 5000m and 10,000m powerhouse. She finished fifth in the 10,000m during the Tokyo Olympic Games.

Next up for Obiri is the Great North Run next weekend.

A personal best for Berihu #Aregawi, who wins his first ever Diamond Trophy.#DiamondLeague#WDLFinal
📸 @matthewquine pic.twitter.com/QOlnrBlYJp

Sometimes all it takes is to get in with a fast crowd. So, as it turns out it was a greater than 10-second personal best for Aregawi.

Kenya’s Bethwell Birgen paced the first 1000m in 2:35.03, he took the crowd to 5:13.91 over 2000m before retiring from his pacing duties. Kenyan Michael Kibet took over for a spell and paid a little for his leading the race at 3000m to finish sixth 17 seconds out of first.