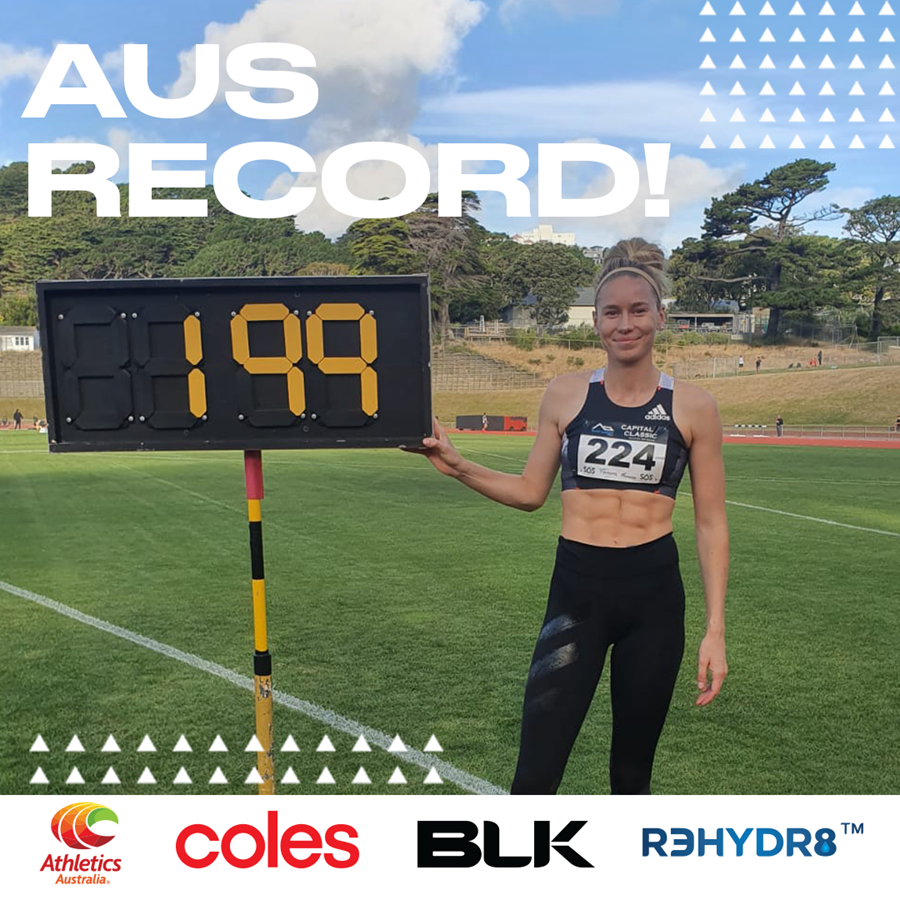 Patterson went over the bar at 1.99m, bettering the previous national mark of 1.98m set by Vanessa Ward in 1989 and equalled five years later by Alison Inverarity.

The 23-year-old earned gold during the 2014 Glasgow Commonwealth Games at 1.94m. She finished eighth during the following year’s Beijing World Track and Field Championships with a 1.92m leap.

She is the joint holder of the world youth best and holds the record for the Oceania junior record as well as the Australian record.