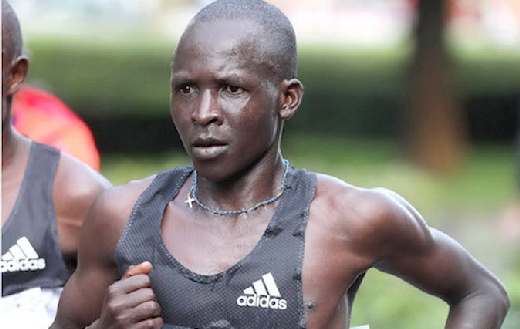 It was seven years ago in April when huge parts of Europe’s airspace were closed after the eruption of the Icelandic vulcano Eyyafyallayöküll. An ash cloud had spread over Britain and then the continent and flying was said to be too dangerous. A number of major marathons struggled getting their African elite athletes and international runners in, among them were Vienna and London. Most of the elite field made it in time before the closures to the Austrian capital, however among those missing was Eliud Kiptanui. Seven years later it looks like he will finally find his way to Vienna. The Kenyan heads the men’s elite list of the Vienna City Marathon on 23rd April with a personal best of 2:05:21. The event is an IAAF Gold Label Road Race and adding races at other distances a total of over 36,000 runners has so far entered the 34th edition of Austria’s biggest annual sporting event.

A few weeks after missing the Vienna City Marathon Eliud Kiptanui produced headlines not that far away from Austria’s capital. The Kenyan ran an extraordinary course record in Prague, clocking a time of 2:05:39. No-one had thought this could be possible in Prague and no other runner has come close to this mark since then. It showed what Vienna probably has missed. In the meantime 27 year-old Kiptanui placed fifth in the World Championships in 2011 and has improved to 2:05:21 when he finished second in the Berlin Marathon in 2015.

There is a second sub 2:06 runner among the men’s elite runners announced by the organisers today: Ethiopia’s Deribe Robi has a personal best of 2:05:58. The 26 year-old clocked this time in Eindhoven in 2015, when he took second place. He showed good consistency with a total of eight sub 2:08 times. Robi won the Marrakech Marathon in 2014, placed third in Dubai a year later, fourth in Rotterdam in 2014 and fifth in Frankfurt in the same year.

Kiptanui and Robi will be challenged by Morocco’s Mustapha El Aziz as well as Kenyans Philipp Kangogo and Suleiman Simotwo. El Aziz has a personal best of 2:07:55 with which he took third place in Seoul four years ago. More recently the 32 year-old clocked promising personal bests at 10 k and in the half marathon. First he ran 27:33 in Marrakech, then he clocked his first sub one hour time with 59:29 in Valencia.

Philipp Kangogo is a promising newcomer to the marathon. Two years ago he won his debut at the distance in Barcelona with a fine 2:08:16 and then he was second in Ottawa in 2:09:56. Vienna will be his third marathon. In contrast fellow-Kenyan Suleiman Simotwo is a very experienced athlete. It will be the third time in a row that 36 year-old competes in the Vienna City Marathon. In 2015 he was fifth, then he took third and clocked 2:10:15 despite heavy winds. The former world-class 1,500 m runner who features a personal best of 3:31.67 ran his fastest marathon in Frankfurt, where he finished with 2:08:49 in 2015.