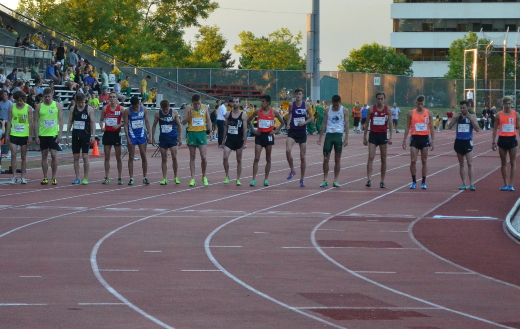 The National Track League begins in just a few weeks and one of the fixtures, the Harry Jerome Track Classic is fielding a stellar line-up of athletes who will be seeking Pan Am Games, IAAF World Track and Field Championships and of course 2016 Rio Olympic Game qualifying times.

Canada’s best athletes will seek to get or defend their top 2 positions on the Canadian ranking list at the Vancouver Sun Harry Jerome Track Classic on Monday evening June 8th at Swangard Stadium. The top 2 athletes on the Canadian list on June 14th will be selected to Team Canada for the Pan American Games in Toronto July 18 to 26.

Over 400 athletes from over a dozen countries  will compete in the 32nd edition of this meet which honours our local Olympic medalist, Harry Jerome. Harry died prematurely at age 42 years and this meet was created to recognize his outstanding record breaking sprinting career at the University of Oregon and at the Commonwealth, Pan American and Olympic Games.