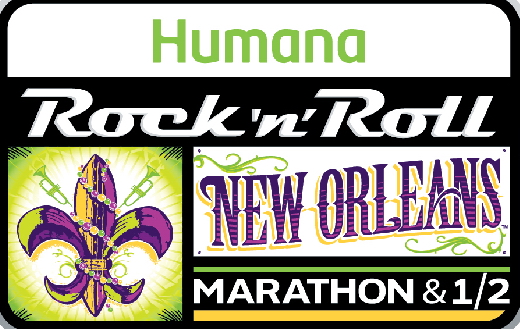 On a chamber of commerce, sun-splashed morning, Spence Gracey won the half marathon in 1 hour, 14 minutes, 20 seconds. After dealing with the heartache of a foot injury that prevented her from competing at the U.S. Olympic Marathon Trials, Spence Gracey is healthy again and on schedule to make her 26.2-mile debut at the Boston Marathon.

Sprawled out on a massage table after her victory, Spence Gracey said, “I’m pleased with my effort. It’s exactly what I wanted to get out of it. I stayed controlled and pushed the last three miles, getting out of my comfort zone, something you can’t simulate in training.”

Spence Gracey turned heads at the Rock ‘n’ Roll Philadelphia Half Marathon last October, finishing second in 1:09:59, becoming only the 10th American woman to run a sub-1:10 half. But the performance came with a price. She suffered a foot injury that knocked her out of the Trials.

Sunday morning, she pulled away from Canadian Dayna Pidhoresky a little after 4½ miles at the turnaround on St. Charles Avenue and was never pushed again. Pidhoresky finished second in 1:18:42.

“I wasn’t trying to make a move (when she took the lead). That’s just how things played out,” she said.

More than 23,000 runners, walkers and wheelchair athletes entered the half marathon, marathon and 10K. No one drew more attention than Spence Gracey, her long blonde hair braided and held in place by a baby-blue ribbon.

When she made the U-turn on St. Charles and began running against the grain of the thousands of age groupers, the men and women filled her ears with encouragement.

“It’s always nice to have that encouragement,” said Spence Gracey. “That’s what makes road racing so much fun. The overall environment, and it didn’t disappoint today.”

“But I could beat all the fifth-grade girls (running),” she said.

She made like Steph Curry on Sunday morning, tossing her first empty water bottle about four feet, perfectly sinking it into a trash can. Impressed, the men and women in the press truck cheered. Smiling at the feedback, Spence Gracey slam dunked her empty water cup in trash can the rest of the race.

“Pretty much a miracle,” she later joked about that first four-footer. “You’ll never see that again.”

Poland’s Emil Dobrowolski won the men’s half marathon in 1:04:17.

The runners, walkers and wheelchair athletes were treated to a foot tour of the Big Easy. Along Charles Avenue they ran beneath sprawling oak trees in front of southern mansions. Beads hung from trees and trolley car wires.

Jazz bands filled the course. There was a man in a giraffe costume handing out Jello shots.

“This was so perfect,” said Burns. “I wanted to come to New Orleans, sample the food, catch some music. When I was hurting late in the race, there was a band to pick me up. I love this race. I love this city.”

The 7th annual Humana Rock ‘n’ Roll New Orleans Marathon & Half-Marathon will take place the weekend of February 26-28, 2016. Runner’s World named the event one of the “Top 10 Most Fun Marathons” in 2016 featuring races with the biggest parties. Participants get a first class tour of New Orleans architecture and historical scenery while rocking to the sounds of live, local bands playing every mile of the 26.2, 13.1-mile, and 10 kilometer courses. Cheer teams will be posted along the course to keep runners moving. The event concludes with a headliner concert and finish line festival in City Park where runners can celebrate their accomplishments with unlimited post run beer. A two-day Health & Fitness Expo kicks off race weekend at the New Orleans Ernest N. Morial Convention Center. To register for the race or for more information, visit RunRocknRoll.com.