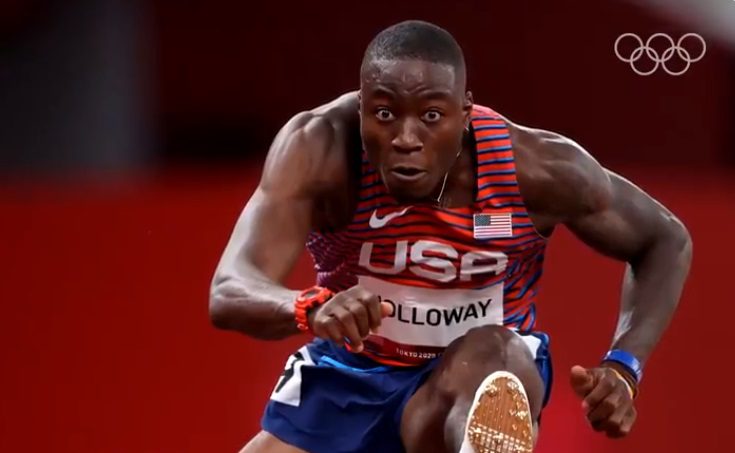 Great Britain’s Andrew Pozzi and Grant Holloway of the USA, the reigning world indoor champion and world record-holder over 60m hurdles respectively, will line up at the Müller Indoor Grand Prix Birmingham. The Müller Indoor meet is a World Athletics Indoor Tour Gold event. It will take place at the Utilita Arena on February 19.

Pozzi, who won the global 60m hurdles title in Birmingham in 2018, finished seventh in the 110m hurdles at the Olympic Games in Tokyo. He is a former European indoor champion (2017) and finished runner-up in Poland in 2021.

World 110m hurdles champion Holloway, the Olympic silver medallist, was unbeaten throughout the 2021 indoor season. His impressive campaign concluded with a world indoor 60m hurdles record of 7.29, bettering the mark that had been held by Colin Jackson since 1994.

The pair last met over 60m hurdles in Madrid in February 2021, their only meeting to date, with Holloway victorious in 7.29 ahead of Pozzi in second in 7.51.

Pozzi has endured a challenging 12 months, but with a pending return to the UK and a new coaching set-up, 2022 offers hope and opportunity. “Last year was really tough,” said the 29-year-old, who has a PB of 7.43. “Everything that could have gone wrong in my preparation for Tokyo did go wrong, but I’m excited about the year ahead and opening my season in Birmingham where I have so many great memories.

“I have big goals for this year, and I hope that with the backing of a fantastic crowd I can get this season off to a really positive start.”

Holloway, who clocked the second-fastest 110m hurdles time in history with 12.81 at the 2021 US Olympic Trials, opens his indoor season at the New Balance Indoor Grand Prix in New York on 6 February before travelling to Europe to compete in Lievin (17 Feb), followed by the Müller Indoor Grand Prix in Birmingham on 19 February.

“I learned a lot in 2021 and it’s important for me to keep learning, keep growing and to become a better and faster athlete,” he said. “This will be the first time I’ve competed in Birmingham and it’s my final race before the US Indoor Trials, so in terms of experience and opportunity, it’s going to play a huge part in my preparation for the World Indoor Championships.”

The Müller Indoor Grand Prix Birmingham is the fifth meeting of the 2022 World Athletics Indoor Tour (Gold). There are seven ‘Gold’ level meetings across the series, starting with Karlsruhe on 28 January and culminating in Madrid on 2 March.