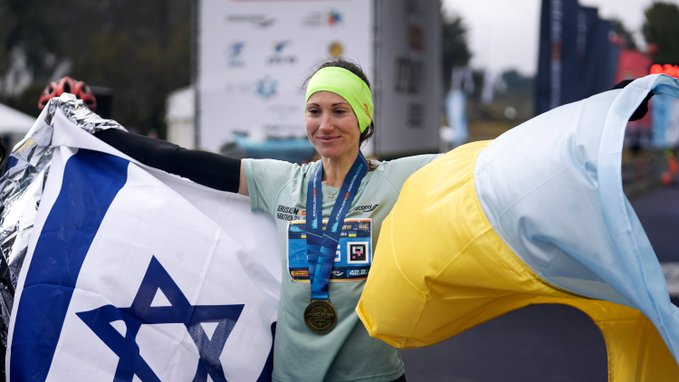 Ukrainian refugee, 31-year-old Valentyna Veretska, won the Jerusalem Marathon in the time two hours, 45 minutes, and 54 seconds. Because of the conflict between Russia – Ukraine conflict, she had not trained for nearly a month leading up to the race.

Veretska and her 11-year-old daughter fled Mykolaiv, Ukraine to Kraków, Poland, leaving her husband there to defend the country.

Veretska had finished third in the Riyadh Half Marathon in Saudi Arabia in early March. Off that performance, she received an invitation to the Jerusalem Marathon.

Veretska recorded a 1:18:07 finish time in Riyadh behind Kenyans Daisy Cherotich and Gloria Kite, who recorded finish times of 68:56 and 72:13, respectively.