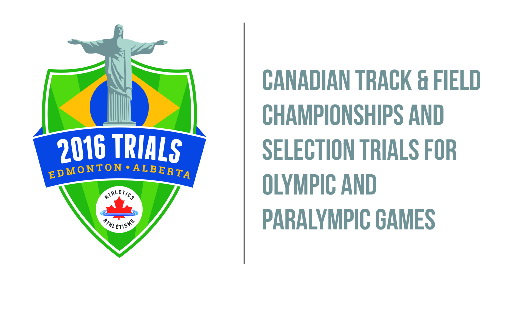 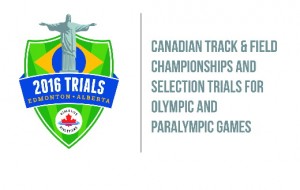 The main events during day one of the 2016 Canadian Track and Field Championships featured the women’s and men’s 5,000-metre distance races. With several of Canada’s best distance runners entered into both races, it was intriguing to see if any up and coming talent would push the established elite.

Andrea Seccafien of Guelph took the women’s race in the relatively pedestrian time of 16:00.41. Likewise Toronto’s Mo Ahmed won the men’s race in a controlled 14:00.93

Seccafien recently jumped into the national elite scene with a 15:17.81 performance in Los Angeles on May 20th which is the second fastest time during the 2016 Rio Olympic qualification window. Today, she saved her kick for the final lap, to make sure that she qualifies for the Rio Olympic Games as just the first two finishers are assured a spot on the team, providing they have run under 15:24.00. A third runner in each event could be selected by Athletics Canada at their discretion.

Trinity Western University’s Lisa Brooking took the lead early, while Vancouver’s Natasha Wodak – the national record holder in the 10,000m event and Rachel Cliff hung around the front for several laps. Last week Cliff ran under the qualification time, paced by Wodak, in a race in Vancouver. She ran 15:23.94. Cliff is the third Canadian to better the standard this year.

Toronto’s Sasha Gollish opened a few eyes with a second place finish. The PhD of Engineering, former triathlete, former ski racer and recent 1500m runner hung on through the final corner, surprising everyone. She had enough in her 1500m legs to hold off Canada’s current fastest 5,000m runner in Jessica O’Connell, who took third in 16:00.90.

Cliff and Wodak finished 10 and 23 seconds back.

In the men’s race it was all Mo Ahmed, or at least it was during the final lap. The Torontonian started the 12.5-lap race in dead last and inched his way through the line of competitors, lap after lap, he carefully made his way up until he was in third position with a just two laps to go. Ahmed owns the national record which he set in May this year at 13:01.74. He pulled away to finish in 14:00.93.

Showing a strong kick was Vancouver Luc Bruchet for second place, two seconds back. Finishing in third was a surprise with Halifax resident Mike Tate, running “unattached”, he finished close to Bruchet. They crossed the line in 14:02.37 and 14:02.86, respectively.

The national champs, which also serve as the Rio Olympic Trials continue through to Sunday. All events are viewable at www.athleticscanada.tv.