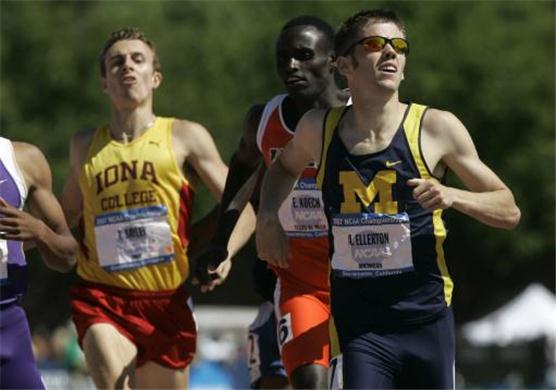 Sudbury, Ontario’s Andrew Ellerton is the new coach of the University of Victoria Vikes. Former coach Keith Butler is leaving Ellerton one of Canada’s top-three varsity teams. He attended the University of Michigan under coach Ron Warhurst. 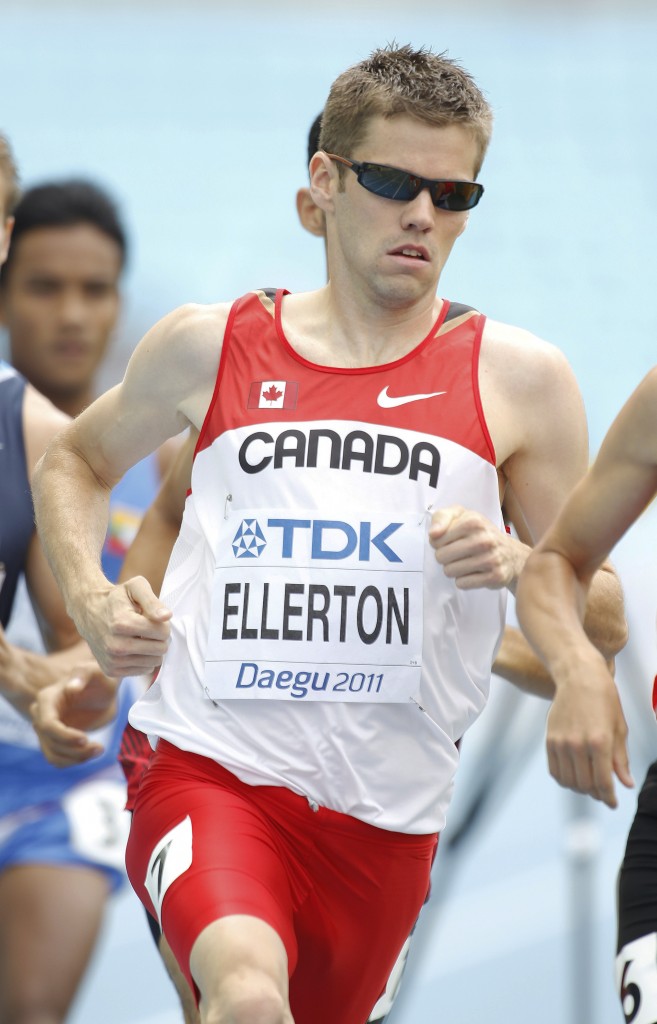 As as an athlete, twenty-eight-year-old Ellerton, specializes in the 800 metre distance and may continue to train for that distance while coaching. He competed in the 2011 IAAF World Track and Field Championships that took place in Daegu, Korea. Ellerton just missed the Canadian “B” standard to compete in the 2012 London Olympic Games with his season best of 1:46.66, the Canadian Olympic “B” standard is 1:46.30. His personal best is 1:45.04, which is better than the Canadian Olympic A+ standard of 1:45.24 set in 2011.

Christopher Kelsall: What made you choose the University of Michigan?

Andrew Ellerton: Very few places in the world can match the blend of excellence that is offered there between high level sport and a top notch education. I clicked really well with Ron Warhurst, which is the norm for most people, and I was drawn to his experience and willingness to coach beyond the college ranks. Having Kevin Sullivan go through the program and Nate Brannen just finishing his freshman year at the time didn’t hurt either.

CK: Was it a tough decision to give up hockey for running?

AE: I don’t know if I ever really gave up hockey for running. I played AA the whole way through midget and even played on the high school team my 5th year. Being 5’10 and 135 lbs, I recognized that the NHL wasn’t in my future by that point. I was fortunate to have my running career start to flourish as my competitive hockey career ended.

AE: Center. Allowed me to be all over the ice as needed. If nothing else, I could skate forever which came in handy as one of the few players who actually enjoyed back checking.

CK: Sudbury, Ontario has produced many great athletes for its size. Who were your mentors?

AE: Growing up, most of my time was spent in arenas and so a lot of my former hockey coaches in Valley East were a major influence, along with my parents of course. Towards the end of high school I joined Track North and started working with Dick Moss, a former Big Ten 800m champ at Wisconsin in the 70s. Running really took off from there.

CK: Ever meet Sudbury native and former NHL player David Lowry? He will be coaching the Victoria Royals Major Junior Hockey team this year, while you coach the Vikes, ironically.

AE:  I can’t say that I have though maybe I should get in touch with him when I get up there. I’m still a huge hockey fan and would love to take in a few Royals games this year!

CK: Congratulations on taking the position, when is your first day on the job as Vikes coach?

AE: Thanks, Chris. Keith has done a tremendous job with the program over the last few years and there are some big shoes to fill. I won’t get up to Victoria until the end of August but it has already started.  I’ve been working on a few things remotely in preparation for the upcoming season.

CK: So this is a permanent, full-time position?

AE: My focus will be coaching the Vikes. I’m really excited for the opportunity to help out with the team this year and share many of the things I’ve learned from some great mentors over the course of my career.

CK: What are some of the general principles of your training program?

AE: One of the things that I’ve picked up over the last few years is that I’m a big believer in, is cycling the training to allow for better recovery.  Consistency is crucial to making big gains. You can get far more out of training at 85% over 10 months, than pushing at 95% – 100% for a few months and then having to take time off.

CK: Will you continue to compete at a high level while coaching?

AE: Time will tell. If I’m healthy this fall, I’ll start running some easy miles. If things are going well and I find I’m still hungry, I’ll build from there.

CK: Winning the National Track League (NTL) overall must have been a little consolation prize for missing the Olympics. Are you still feeling the sting of not being in London?

AE: The NTL title was indeed a small consolation prize. It was nice to have the opportunity to race at so many quality competitions at home, but the sting of not being in London will stay with me for a while. After being in the ballpark in 2004 and even closer in 2008, I truly believed that I would be in London. Unfortunately, my achilles had other plans that couldn’t have come at a worse time. I had it taped and numbed from mid-April on and tried to make it work but it just wasn’t happening.

CK: If and when you return to high-level running, will you compete in the 2013 NTL and Russian World Track and Field Championships?

AE: Yes, the focus would be the World Championships and the NTL would be part of my preparation for that.

CK: It appears you have stuck with the 800m distance for a long time. Will you continue with the 800? Any chance you may want to test the 1500m distance?

AE: I’ve dabbled a bit in the 1500, running more conservatively early in the race and closing hard. I think to make a serious run at it, I’d want a long stretch where I was healthy and able to put in all of the aerobic work through the fall and winter. For me, that’s been easier said than done.