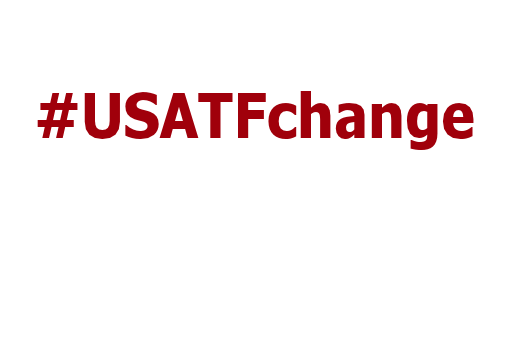 The Track and Field Athletes Association (TFAA) are demanding changes with the USATF procedures, trackside when protests are lobbed. By sharing “#USATFChange” in their social media, the TFAA hopes to get the USATF’s attention, who according to the association are ignoring their request. As of this writing the message, in part below, has been shared on Twitter 465 times and facebook 240.

We will not stand for the collective voice of athletes being ignored. #USATFchange

As many of you are aware, the integrity of the results of a national championship was compromised at the USATF Indoor Championships in February. Proper procedure was not followed after the women’s 3000m, resulting in the disqualification of the winner, Gabriele Grunewald. In the men’s 3000m, Andrew Bumbalough was disqualified for contact that he never made, which is clearly evident in the race footage.

USA Track and Field reinstated Grunewald as the winner of the women’s 3000m two days after the race, but with no explanation as to why proper procedure had not been followed and how they would prevent this from happening in the future.

USATF has not responded with regards to the disqualification of Bumbalough.

The Track and Field Athletes Association proposed to the USATF that there be athlete representatives observing the protest and appeals process at future USATF championships. This proposal intended to improve transparency and accountability going forward for all parties involved. The proposal was sent directly to the USATF and was also presented openly to the public, garnering almost 1000 signatures in a matter of days.