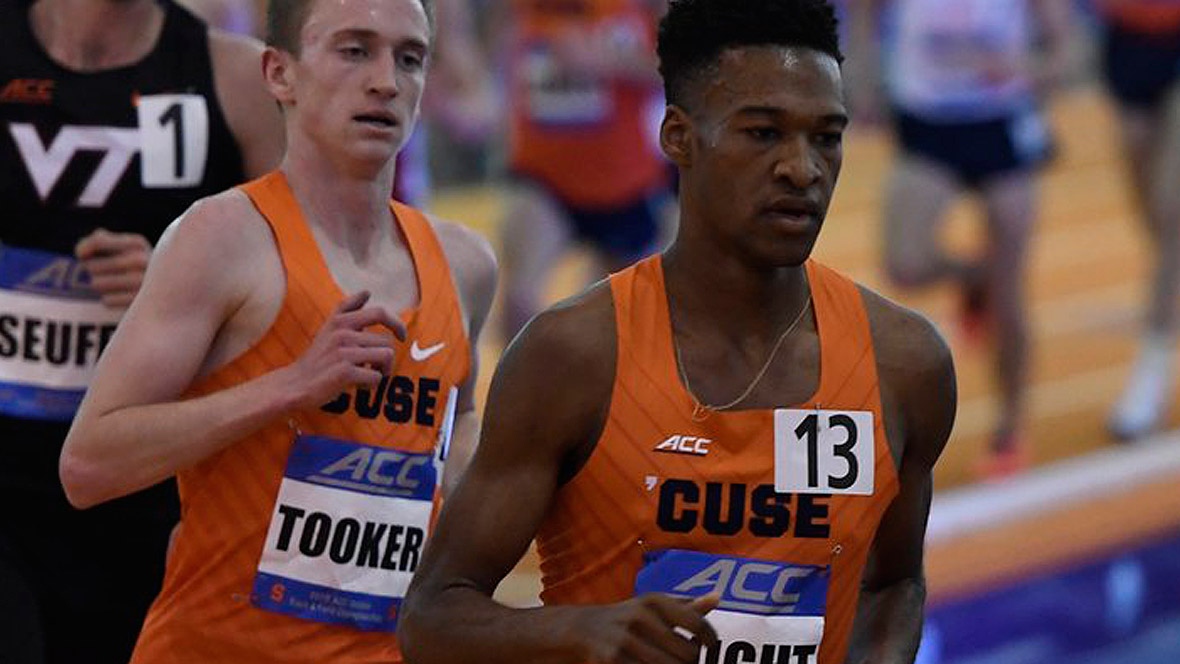 Not bad for a Vaughan, ON kid who fell in love with basketball at high school, but gave it up to focus on his superpower, distance running.

Justyn Knight, under Coach Chris Fox at Syracuse University went from promising young talent, well, he still is a promising young talent at age 22, but they engineered a successful NCAA career and picked up a few national titles and records along the way. Now, post-collegiate he will continue to run under Fox, but for a brand new team under the Reebok brand.

In 2014, Knight told Athletics Illustrated, “I chose Syracuse because, for me, it’s the right blend of academics and athletics. Syracuse has a strong academic support system for student-athletes which I feel will ensure my success both on and off the track. Coach Fox and his team of coaches, along with the support of the Athletic Director, Dr. Daryl Gross, continue to improve the school’s position in the NCAA rankings and have built a solid competitive track and cross-country program.”

Syracuse went on to win the NCAA championships as a team and during his final season, Knight won the NCAA 10K cross-country title in the time of 29:00:20 moving up over his four-year program from 143rd as a freshman to fourth, second, then first.

Reebok is back in the running game.

Later today the sportswear manufacturer will announce the formation of the Reebok Boston Track Club, naming former Syracuse University coach Chris Fox as head coach. The team’s first major signing is Justyn Knight, who put together an illustrious career under Fox at Syracuse that saw him win the 2017 NCAA cross country individual title, the 2018 NCAA indoor 5,000-meter title, and finish 9th in the 5,000 meters at the 2017 World Championships for Canada.