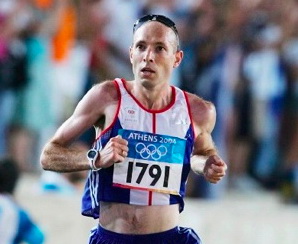 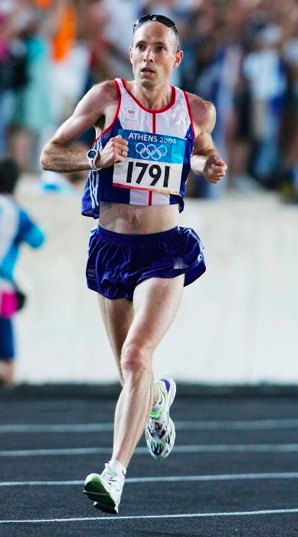 In Leicestershire, England, Loughborough University’s Director of Athletics George Gandy, recently received an honorary doctorate for outstanding services to their athletics program. His long tenure started in the early 1970s.

Recently Gandy’s athlete Jon Brown, ran what would appears to be a slow time for him at the BUPA Great Central Run 10k in London, England, finishing in the time of 31:03. The following week he ran 29:31 in the BUPA Great Wales Run in Cardiff.

Christopher Kelsall: You said that once George Gandy began to coach you, he gave your training more focus. Before Gandy, did you have a habit of training with high quality and racing all-year-round.

Jonathan Brown: Yes, that was the basic pattern; however in college that is pretty standard. Trying to be in good shape 10 months-a-year leads to some stagnation, but luckily I was still very young and able to continue to naturally progress. Up to the age of 19 I hadn’t really started training properly, which gave me lots of scope to improve.

CK: Once you had more purpose with your training, I believe you set a few surprising personal bests.

JB: Of course once anyone starts to expand their aerobic capabilities you will see big initial gains. It was surprising for me as I didn’t associate running less quality would translate into improvements in performance at 1500m and 5000m. Many coaches and athletes think you have to work hard at the quality end of training, but in reality middle and long distances just come down to aerobic fitness at the end and not speed.

CK: So last week you ran a couple races in Great Britain off of easy running. The first one was 31:03 at the BUPA Great Central Run then the week after you ran 29:31 at the BUPA Great Wales Run in Cardiff. Were you surprised by the sudden improvement.

JB: I expected to run maybe 30-45 seconds quicker in the second race, but 90 seconds quicker was a pleasant surprise. I just needed the first race to become acquainted again with the demands of racing; it doesn’t take too long for the body to remember what it’s been doing for years I suppose.

It’s amazing the difference just one hard run can make. I hadn’t done any fast running since February before the first race so running 31:03 off just easy running wasn’t bad.

CK: Have you decided on a marathon for the fall/winter to qualify for the World’s in Berlin or are you focusing on the up coming cross season.

JB: Right now I’m just enjoying running and racing the shorter events again. I’m not sure if I’m motivated to think about running a marathon in the short term as maybe my enjoyment of running would suffer. I did marathon for a long time so right now it’s not something I urgently feel like I need to do again. I would really like to run cross country over the winter and maybe re-visit the Spanish events that I ran in the past.

CK: IAAF just cracked down on some Russian middle-distance runners. This must leave a few people trembling in their spikes being just before the Olympic Games. I wonder if we will see some faux injuries in the next week or so.

JB: Of course there are a lot of dodgy athletes around and it’s nice to see some of them get their cumuppence. It’s likely we will see some athletes performing unexpectedly poorly at the games after being in great form prior; that wouldn’t be anything new.

For sure in some of the women’s events standards are artificially high due to large numbers of doping athletes; lets face it, most of the women’s world records are drug-aided. The fight against cheating is on the whole going well though, and I think the IAAF and WADA are doing great work in making sport cleaner for the honest athletes; what is letting us down at the moment are the dishonest managers and national federations. I would like to see much tighter licensing of managers and the suspension of national federations that have persistently high numbers of positive testing athletes.

CK: During our recent interview, you suggested that you would like to see the World Cross Country Championships here (Victoria, BC). In regards to the IAAF, what do you think it would take to make that happen?

JB: It would take primarily a municipal council which is very motivated to bring events to their town. Last year Victoria was one of the host cities for the U/20 World Soccer championships, so I have hope that the political will for similar sports events is alive here; to develop this idea further would ultimately require the support of Athletics Canada to submit a hosting proposal to the IAAF.

I think the World Cross is a realistic event for Victoria and the time of year would highlight the beauty of the city; obviously though to take the idea and make it a reality will take a lot of hard work.

CK: Again in previous interview, you provided a sample base week (below) is this a generic base week for all distances?

JB: This schedule would be a typical winter/ cross country week for me.

JB: The hill workouts are intended to give the program an element of quality and power. I’m reluctant to do a lot of high quality in the winter months as there is no competition requirement for it; I find the hills a good way to bridge my training into faster pace workouts. The hill training period would probably consist of 6-8 workouts; after this the returns don’t justify the work. I’ve never done any bounding, although recently I’ve started using plyometric boxes for conditioning.

CK: In regards to coaching others, you said that you break up the sometimes monotonous base phase with short term goals. What sort of short term goals do you set for yourself?

JB:The short-term goals might be extending the long run over a 4 week period or building up the hill workout. I like to see training moving progressively within a defined plan; this might be in terms of either quantity or quality.

CK: George Gandy notably coached Sebastian Coe to some extent. There seems to be a fair amount of discussion around Coe’s training, apparently consisting of high quality and low miles. This seems quite different from your training, which was more Lydiard like.

Did George switch you from lower miles and higher quality to a Lydiard like method when he first became your coach suspecting greater things from you on this type of program?

JB: George only ‘supervised’ Seb’s training, as Peter Coe was the actual coach of Seb. George’s role was overseeing the conditioning and speed work that Seb did with other 400/800 athletes that George was coaching. As far that I’m aware, how Coe trained wasn’t typical of how George coached other middle distance athletes at the time (Graham Williamson/ Jack Buckner/ Chris McGeorge); those guys would have had more in common with how I train I think, certainly Graham and Jack did. Before I started working with George I was already doing 90-100 miles per week, but with probably more high quality running than I needed; George gave my training more focus and direction, rather than just training from one race to the next.

CK: Can you tell me more about your interest in building dry stone walls; does the dry refer to lack of mortar? This is an old British trade/skill isn’t it?

JB: Dry stone walls and structures use no mortar, but just gravity and friction of the stone itself. There are many different construction techniques depending on the type and size of the stone used. Using stone this way has been around for many thousands of years and can be found throughout the world.

In the UK the skill has been developed extensively and it’s interesting to see the different variations in different areas of the country; it’s an amazing sight when you see mile after mile of these walls in the UK, especially when you know what hard work goes into creating them. For many countries building using this method is an important part of their national heritage; but like many ancient skills, dry stone wall construction is struggling to survive. I enjoy the challenge of making a strong, lasting structure out of natural materials found at hand.