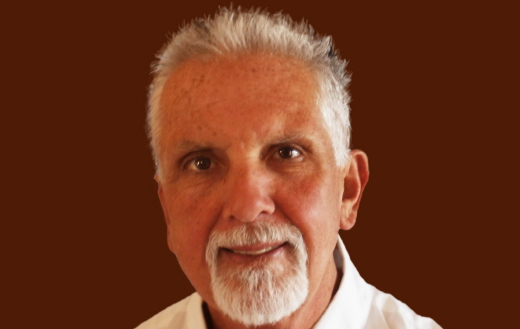 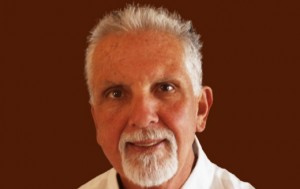 Jack D. Welch is one of the finest running journalists of his time, at least according to his publisher he is, but it’s probably true. His career as a journalist – really a running journalist – fills the pages of his book, When Running Was Young and So Were We. It is a must read for everyone.

Welch chronicled the life of the running elite during the 1970s, ’80s and ‘90s, during two of America’s running booms. He was an insider. He created Running Magazine, wrote for Track and Field News, The Bible of the Sport and owned a running shoe store in Portland, Oregon. He worked for Nike in the marketing department.

Welch was also a competitive runner. Although not the most elite, he enjoyed training at an elite level and running in the sort of secret world of the privileged few who possess the engine, the sinew, the desire and work ethic to train at the highest possible level. He befriended a veritable who’s who of American and international running lore, sort of speak.

He shared his prose that contains his unique style that is flush with metaphor, irony and stylistic devices that stretch even the most flexible defender of grammar law; he pushes the proverbial envelope. This is all complemented neatly from his knowledgeable, insider perspective.

Christopher Kelsall: How is the book selling?

Jack D. Welch: My publisher says “slowly.” That’s the truth. I am not happy about that. But sales are solid and continuing. Publicity has been minimal; primarily word-of-mouth.

But When Running Was Young and So Were We is evergreen. As long as people read English and care about running, they will buy this book. Anybody who appreciates the sport will be edified by this book. I personally know of two fathers who have read the book and given it to their teenage daughters, high school cross-country athletes both, and said, ‘read this, it’ll make you faster.’ That’s about the greatest compliment I can imagine.

CK: I read it twice. It should be flying off the shelves….

JDW: Thank you. Actually better the third time. And the book should take flight.

I am a poker player. I had a poker site and I would get books to review. I put together my collection and asked a poker book publisher to take a look. Bingo! They were looking to expand into sports and my book was perfect for them.

I am curious about runners who will spend $100-$200 for a race entry but seem to hesitate about $18.95 for a book. I am thinking they don’t read all that much; probably too busy posting on social media. But I guarantee – that’s bullshit – you will take five minutes off your marathon PR if you read my book.

CK: You have a long history of writing about the sport of running and the athletes, but these are primarily articles and interviews. Did you enjoy the process of putting together the book?

JDW: Enjoyment is such a subjective term. I basically am computer illiterate, which made the actual process challenging. Truthfully, I have little idea where the push came from, but now that you force me to think about it…

This is little known, because I don’t tell people, but I left the sport for a number of years. Then I came back. A buddy of mine, a buddy ever since he invited me to speak at a running expo back in 1979, said, ‘You should be on Facebook, everybody’s on Facebook.’

So, I joined Facebook. And I saw people posting excitedly about “I ran 15 marathons this week with an average time of 5:37, my PR!”

And then twenty ‘friends” would comment, ‘Wow, great, congratulations, you should be so proud.’

And I thought, whiskey-tango-foxtrot, what are these people talking about? 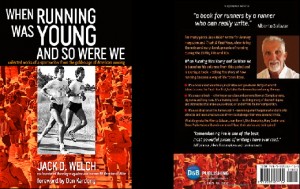 At least it’s okay to try.

We used to party – trust me – but we partied after the race, not during the race.

CK: Have you seen the movie, Hot Tub Time Machine?

JDW: No. I have my own hot tub, set at 104 degrees. I do something like 300 stomach crunches in there, every night without fail.

CK: Better you didn’t. But perhaps it was like you ran into a time machine and arrived in a new era where people have a different perspective on the marathon.

JDW: I have come to think of myself as the Rip Van Winkle of running, I awoke and…OMG.

I remember when foreign runners began to come to the fore in road racing. I was on the press truck at the Cascade Run Off. Back in the day, I could identify a runner by his arm carriage, by the angle of an ear lobe. Some unknown athlete moved into the lead and the question arose, who is that? I responded ‘Domingo Tibaduiza’ and the next question was ‘Does he speak English?”

One issue today is… how do we generate interest among the general media and the viewers? How do we grow the audience?

We need winning athletes of whatever background to be approachable.

We need another Prefontaine. About the time he or she shows up, the USA will see greater running.

CK: You mentioned getting in a workout today. Being formerly young, are you still training daily?

JDW: I am training daily. If I am not training, I am sick or traveling. I have an elliptical machine, I have a spin bike, (I have a 60’ TV) I have a road bike. A few months ago, I got an Elliptigo, which I highly recommend. It costs as much as my first new car. But what would you pay to feel young again?

I can do a sweaty, endorphin-filled workout without pounding my old body. That’s priceless.

Today, I did a 5.5 mile powerwalk; even got a blister. I am more than a little bit crazy, but there is something sweet about getting a blister working out at my age.

CK: You have a very creative and unique way of communicating with the reader. At some point in your career, did you take the advice to “find your voice” literally?

CK: You have interviewed and interacted with some of the top names in the sport, who would you suggest was your most interesting character to write about?

JDW: Myself is the first answer that comes to mind. I imagine, hope, that would be true for every runner. Because that’s precisely what makes running such a spectacular endeavor. ‘Dear Lord, can I try to do this? Please, Lord, let me do this. Oh, crap, did I just do that? Can I do that again? Can I do better?’ The individual experience of running is the most interesting character to write about. Two words: George Sheehan.

By most interesting, I might imagine the person I still know the least about.

That would have to be Phil Knight, Nike’s founder. Hell, I’m not sure he understands himself.

God knows, I truly love Joan Benoit, as an exemplar of humanity. I adore Alberto’s competitiveness. Decker and Shorter remain complex mysteries, with whom I’d cherish more time. Jeff Johnson, a close personal friend, is a well whose bottom will never be found.

Here’s an idea. Toni Reavis. I just spent a couple hours with him in Honolulu.

Put him in charge and this entire sport is a better place.

CK: To quote Dr. Sheehan, “The true runner is a very fortunate person. He has found something in him that is just perfect.” Perhaps like a writer, some runners need to run long enough to find their voice or let it find them?

JDW: I knew George. I spent some time with him. He was an actual guy, with some actual enthusiasms and some actual flaws. He had above-average insights for sure.

I was just wondering today what import Joe Henderson’s editing had upon the doctor’s writing.

Try not to make me look like a dick.

JDW: What I mean is… running then and running now is different. If everybody does something poorly, how perfect is that?

Let me repeat, try not to make me look like a dick.

Trying to be the best you can absolutely be, absolutely, seeking perfection is different than scoring a number of events which can get you into some Hall of Fame for glory-seekers and medal collectors.

The game isn’t how often, but how fast.

When runners were unique, we were finding something special. It’s hard to try your very best at your fastest at 100 miles weekly and not discover something true about yourself.

But if you are out there lobbing around 25 miles weekly at a pace where you barely break a sweat, then paying a $100 so you can wear a tutu and get a big medal and wave to the crowd for five hours…I am uncertain how you might find the perfection.

You find perfection by trying to be perfect.