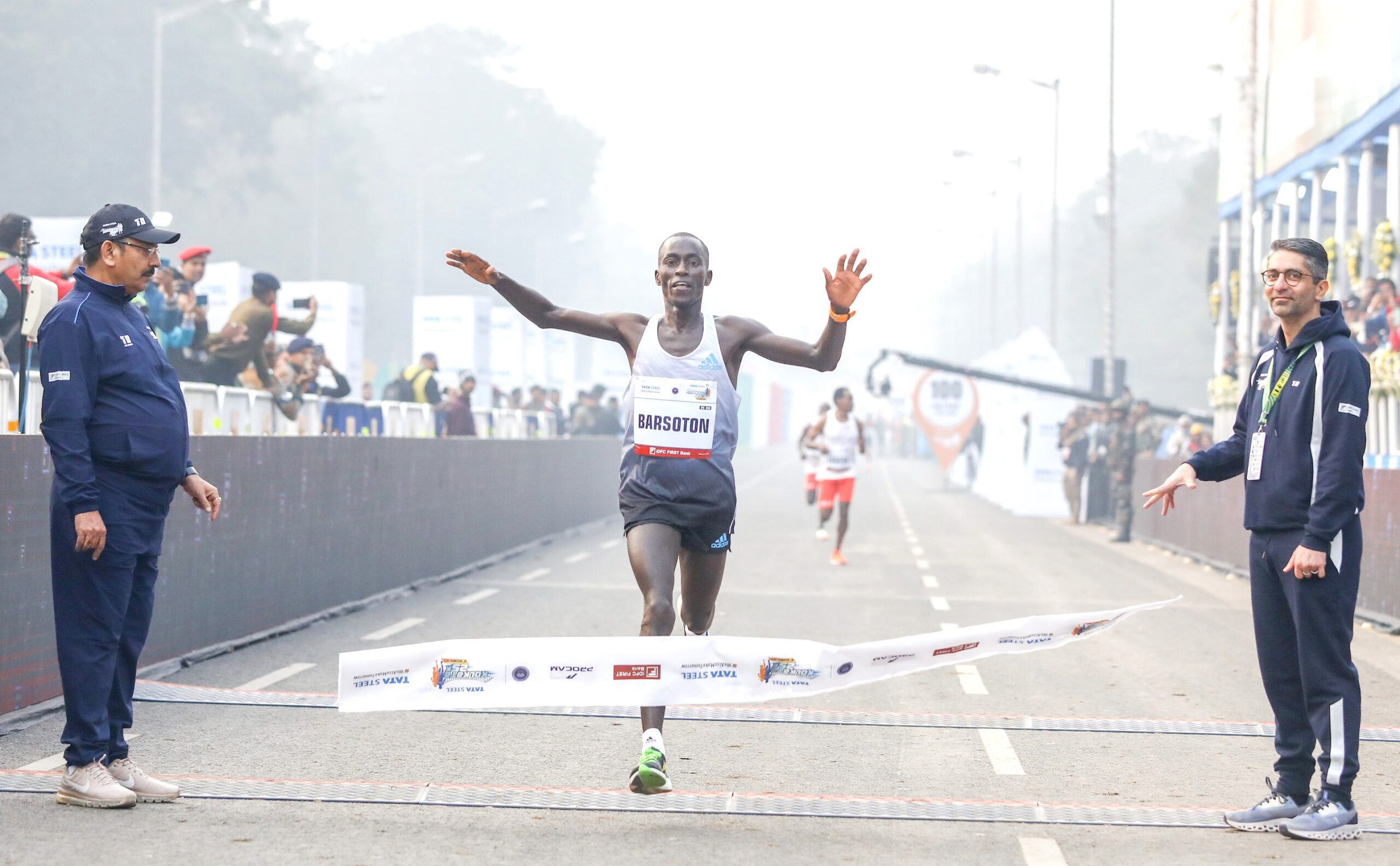 It was a tactical race for Barsoton. In the mix right from the start but not leading, Barsoton was in fourth place behind Alfred Ngeno, Abdisa Tola, and Berhanu Legese.

He picked the pace after the 20K mark and never looked back.

Having run in Kolkata before, he knew the course would include a bridge and then take a circuitous route around Babu in Kolkata Ghat along the banks of the Hooghly river. While Tola of Ethiopia led the race from around the 15K mark, the reigning Commonwealth
Games marathon champion Victor Kiplangat of Uganda started to set the pace, looking for the win. But Barsoton had other ideas. By the time the pack reached the 23K mark, he was well ahead, increasing the gap between him and Legese, who was in second place.
Kiplangat appeared to have run out of gas at the business end and finished third.

“I had been preparing for the last two months. I had some niggles, but despite that, I am happy to have won here and with a course record. It was a very competitive race, and the others in the field gave me a tough fight,” Barsoton added.

In the women’s elite race, Bahrain’s Desi Jisa shaved off almost a minute from the course record set by Ethiopian Guteni Shone to clinch the race for a $7500 winner’s cheque and an event record bonus of $3000. She finished in 1:21:04 to eclipse the previous mark of
1:22:09 set in 2019.

Having tackled motherhood and Covid, it was a real test of mettle for Jisa, who came out with flying colours. She began the race with the right intent and continued to lead the pack. In the 5K stretch between the 15 and 20K mark, she slowed down her pace, which
looked like a tactical move to save the gas for the final stretch. With 5K remaining, she took complete control.

“I thank Kolkata for such a warm welcome. I wanted to win the race and am thrilled to have done it with a course record. Now my target will be to participate in Paris (2024 Olympics), a dream for all. I love running here,” said Jisa, runner-up here in 2019.

The podium finishers in both categories finished under the previous course record.