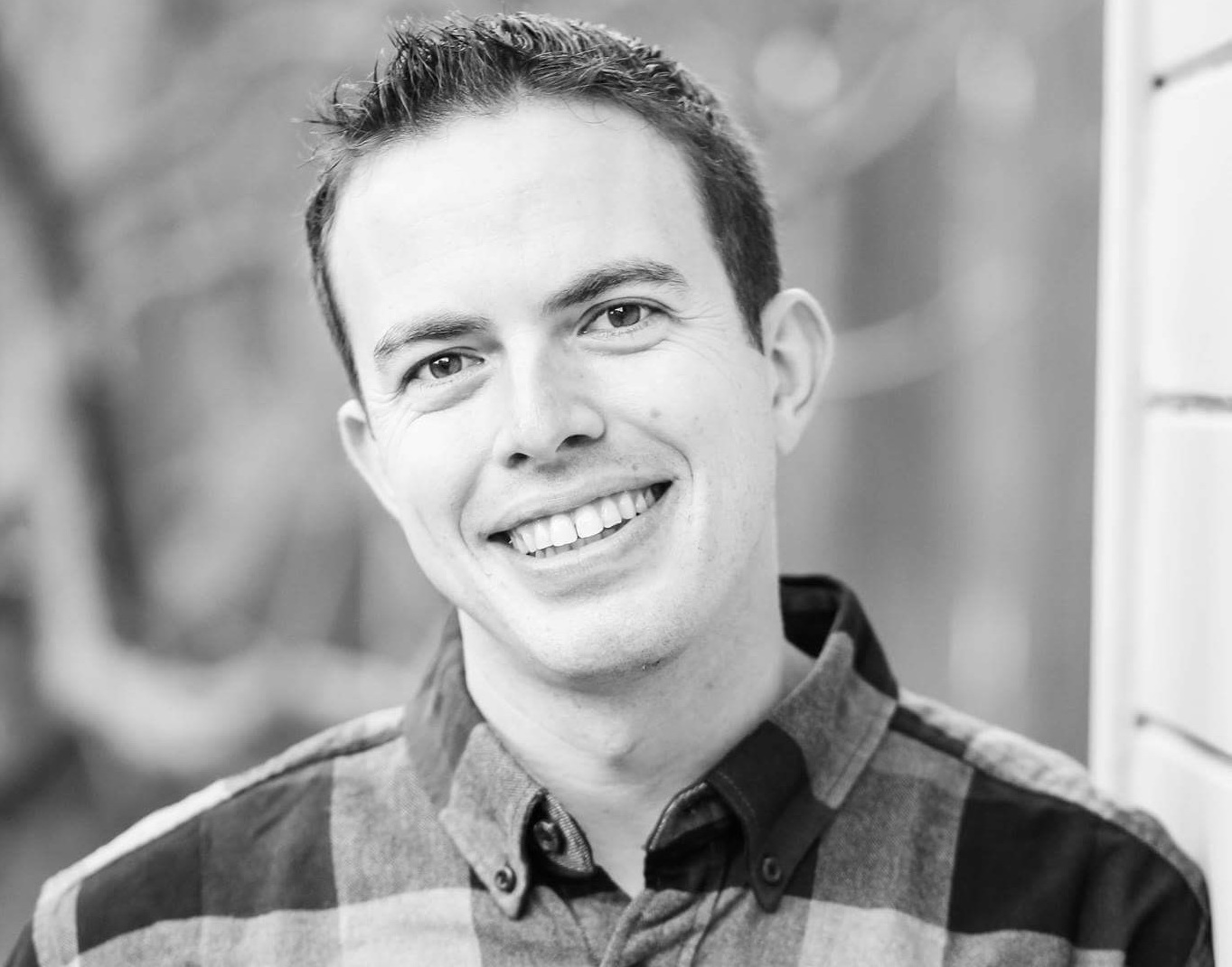 Andrew Hutchinson, author of the definitive The Complete History of Cross-Country Running is passionate about getting cross-country competition into the Winter Olympic Games. He feels it doesn’t belong in the summer games and states his case for winter games inclusion during this interview.

Hutchinson is a runner and a cross-country historian. He gained a Masters of Liberal Arts from Stanford University and is a secondary school teacher in the Bay Area. His fascination with the history of athletics has led to coverage for Track and Field News, METER Magazine (an imprint of Tracksmith), and the Adventure Projects network.

Christopher Kelsall: You published the “The Complete History of Cross-Country Running” in 2012. Why?

Andrew Hutchinson: “The Complete History of Cross-Country Running” was a passion project, and I wrote it simply because it didn’t exist. As a coach and history teacher I was beside myself that a comprehensive account couldn’t be found, so I began by compiling any shred of evidence available… checking, double-checking, and eventually meeting with living experts and outlets that were able to share and verify their stories. I wanted a book that could be traced chronologically over the 200-year history of the sport, or picked up and read by interested readers who were familiar with specific names, races, or decades. It was a whirlwind six years of putting the book together, and in some cases required quite a few hoops to jump through to get right. The end product speaks for itself: it is definitive, and I think any level of runner (or reader) can find it useful and entertaining for years to come.

CK: It was timely when you published, as Sebastion Coe, president of the IAAF or World Athletics started off his tenure talking about making cross-country (excuse the term) great again. Was that done on purpose?

AH: Seb Coe’s sentiments mirror my own about cross-country, and that is entirely serendipitous and not planned. But it’s no coincidence that the sport is currently at a low eb (when it doesn’t necessarily need to be), and I think that’s important. You have millions of amateur athletes suiting up and getting muddy in Parkruns and obstacle courses, and yet cross-country sees the need to “reinvent” itself. I feel like it was because nobody knew that there was this awesome 200-year history there. So the efforts of World Athletics to modernize the sport came at the right time!

CK: Almost another subject, but East Africa has dominated the event with such authority that the World Cross Country Championships turned into a two or three-nation meet for awhile. Do you think that the extensive dent that the World Anti-Doping Agency (WADA) appears to be making – especially in Kenya – we will see a more even playing field soon? Thus making it a more global event again?

AH: This is a teeter-totter of sorts, and I’m partial to seeing both sides. On one hand, there is the sentiment that a rising tide raises all boats: to beat the East Africans the rest of the world will have to be “all-in” when it comes to training and approach with an honest method to simply get faster. On the other hand, there is some very remarkable evidence that few have recognized dating back to the 1980s and 1990s, where powerful African and Mediterranean teams skyrocketed to the top of the World Cross Country results, and there was very little drug-testing accountability. Recent efforts are working, but this is a bigger issue than a handful of nations. Guilty parties can be found everywhere. It’s going to take awhile to clean up.

CK: Aarhus 2019 was the first World Athletics Cross Country Championships of the new era. How do you feel about the start that the new era got off to?

AH: The team in Denmark had a massive plan! A beer sponsor, a history exhibit, challenge stations on the course featuring sand, mud, a water-splash and a 12% grade on the roof of a museum. They somehow created a mecca for cross-country where there was none. I think it was exactly what the sport was missing on an international level, but I also think most of the athletics community wasn’t expecting it. The individual governing bodies didn’t commit with the same enthusiasm that the Danish federation had––mostly because their plan was so ambitious! Luckily they executed it extraordinarily well. They raised the bar for every World Cross to come.

CK: On February 29, 2020 Victoria, BC is hosting the Pan Am Cross Country Cup on a small mountain – it could snow – but this is par for the course (pun: it’s on a golf course). Vancouver Winter Olympics was held in a city that sits at sea level and snow events on nearby mountains – Vancouver could have had a green cross-country competition.

Seems to make more sense than putting the event on in the summer where there is the 10,000m distance and the marathon and warm-to-hot temperatures. Do you think it will be that big of a leap to get World Athletics and the International Olympic Committee (IOC) to consider the charter change?

AH: The first Winter Olympic Games was in 1924, and by 1937, the international cross country union was proposing cross-country running for the Winter Olympic Games. In the 80-plus years since, this topic keeps coming up, and it’s really because it makes perfect sence There are so-called traditionalists on both sides of the aisle (both winter purists in the IOC and a few authorities in athletics who feel it doesn’t need to be run on snow or ice), but the evidence really is overwhelming. Whatever it takes to make it happen is really the next best logical step. The venue in Langford is certainly a good start!

In no particular order: Beijing is hosting the Winter Games in 2022, becoming the first city to host both the summer and winter iterations. This means having an exclusive snow or ice climate is no longer a viable reason to withhold sports practiced in the winter months. More to that point, some critics have said Winter Olympic Sports need to have snow or ice “in their DNA” to be considered, and I would argue cross-country running qualifies!

There is ample evidence dating back more than 100 years of harriers battling the elements on snow or ice to run cross-country. Then, as you noted in your question, it balances the athletic offerings in the Summer Games nicely with the marathon and track and field events featured in summer (as both are traditionally fair-weather sports). Plus, there would be more global representation from nations not currently featured in the winter program (boosting viewership and buy-in!). It’s also spectator-friendly and could be run on the cross-country skiing course, so no additional work is needed in venue orchestration or expansion. And last of all, it’s a true winter sport! The best cross-country running takes place between the start of November and the end of March.

CK: Not to mention Lasse Viren ran over 110 miles per week in the snow in Finland and Emil Zatopek trained in the snow – legends.

AH: Every country with a notable runner has a story about competing on the snow or ice. It’s all right there! John Ngugi and Lynn Jennings in Boston at World Cross in 1992. Haile Gebrselassie at the Campaccio in Italy in 1999 or the Cinque Mulini. Wimbledon Common and the Oxford-Cambridge Varsity cross-country in 1967. Eliud Kipchoge, Kenesia Bekele and Mo Farah in the snow of Edinburgh in 2011. Mo Ahmed, Cam Levins, and Simon Bairu in Ottawa at Canada’s National XC. The NCAAs every third November. I could go on and on. Deena Kastor summed it up best. She basically said, “Running is a year-round sport, and it’s extreme in winter. But the worse the conditions the more fun it is!”

CK: What is the next step in the process to appealing to World Athletics and the IOC? Is there a congress to speak at? How does World Athletics get cross-country on the radar of the IOC?

AH: This is where things get interesting. In 2010, World Athletics (then, the IAAF) put together a formal proposal for the IOC to consider cross-country running for the Winter Games. It was denied. But that was an executive meeting by a few high-ranking IOC council members (in Acapulco no less––talk about the furthest environment from snow-running you could find), without any athletics members present to fight for the case. So, there are three key things that need to happen now that the landscape has shifted in the last 10 years.

The first is that Seb Coe (or World Athletics as a whole) needs to step up and extend across the aisle to one of the federations that belong to the Association of International Olympic Winter Sports Federations. This needs to happen because no matter who at the top is in lock-step with athletics for the IOC at large, the committee members who govern the Winter Olympics are still in the dark as to the benefits of snow cross-country running being viable for the Winter Games. The top federations that would be preferable would be the International Ski Federation (since cross-country running could use the cross-country skiing course), the International Biathlon Union (members should see multi-event athletic potential and overlap), or the International Luge Federation (athletes from track and field already partake in many of the luge events). Getting the support of any one of the winter sports federations will be crucial.

The second is that World Athletics would need to embrace winter cross-country running for the global athletics calendar. Whether that means supporting venues for World cross-country that contest in snow or ice (like in Langford, BC!), hosting a snow-cross grand prix circuit to expand the Cross Country Permit Series, or simply starting a new branch of the sport dedicated to snow running, there needs to be an example of qualification and parameters that prove the sport is viable on snow or ice.

Third, and most importantly, is the presentation aspect. Everyone needs to be in the room so that it’s plain as day: a Winter Olympic cross-country running event would tick every box that Thomas Bach has identified to increase international viewership alongside athlete participation. World Athletics needs to make a slam-dunk case to the IOC (and fill out another lengthy questionnaire on paper for an official submission).

CK: Certainly from a financial perspective, it appears worth doing. The Winter Olympics would be embraced by the other half of the planet that does not reside in snowy climbs. Has Coe addressed the significance of that?

AH: I think this is where politics plays a part. I’m sure Seb Coe and Thomas Bach can recognize the immediate benefit of more nations represented at the Winter Olympic Games, but I fathom that the seven federations that make up the Association of Olympic Winter Sports see this as a power move taking away a certain amount of influence from the table. While Winter Olympic cross-country running would be a logical addition, other sports would thereby make claims, too. I know cycle-cross is right behind World Athletics with their case for winter inclusion. And, why not?