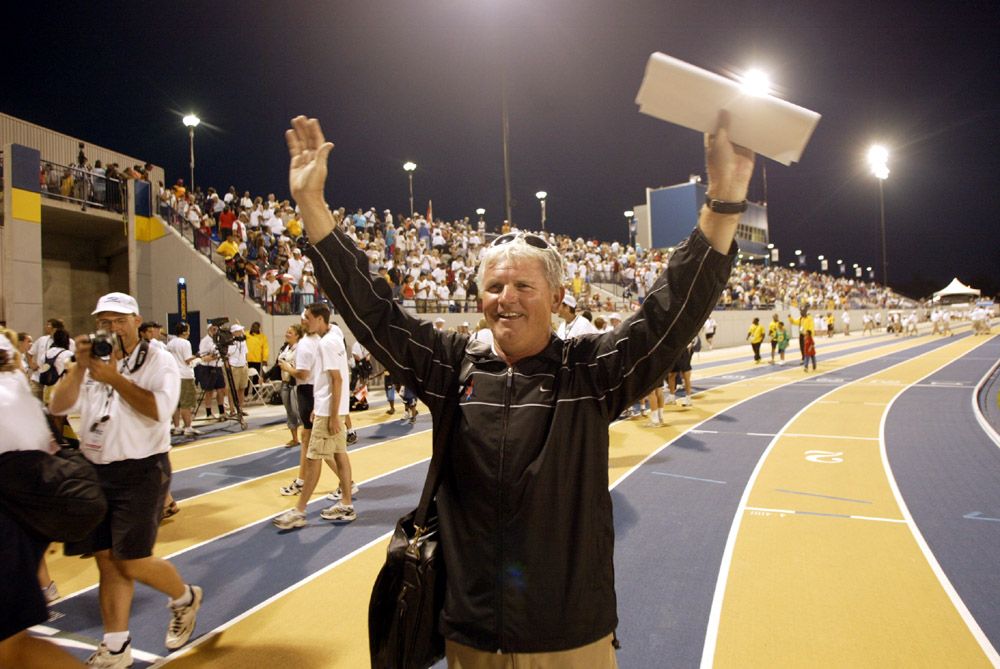 Athletics Canada offers our sincere condolences at the news of coach Dennis Fairall’s passing on November 6 at the age of 67. He is a legend in Canadian athletics, and we are proud to count him as a member of the Athletics Canada Hall of Fame.

Dennis Fairall is the most successful athletics and cross-country coach in U Sports history (previously known as Canadian Interuniversity Athletic Union/Canadian Interuniversity Sport). He built one of Canada’s finest track and field programs at the University of Windsor, holding the position of head coach from the start of the 1990-91 season until the end of 2014-15 season.

During his time running the program, Fairall led the Lancers to a combined 71 Ontario University Athletics (OUA) and U Sports Championships titles. Under his guidance, numerous athletes have found success throughout their university careers and beyond. Among the hundreds of athletes who benefited from his coaching were Olympians Peter Fonseca, O’Brian Gibbons, and Melissa Bishop. The fieldhouse at the university was renamed in his honour in 2016.

Fairall also made his mark coaching in international events. He served as the Head Coach for Team Canada at the 1985, 1989 and 1993 Maccabi Games in Israel and the 1989 Summer Universiade (World University Games). He was also a member of Canada’s coaching staff at the 1995, 1997 and 1999 World University Games, and served as Head Coach of Team Canada at the Pan American Junior Championships in 2005. Under his direction, Canada earned its highest medal count in the history of the event.

The start of a Hall of Fame career

Before coaching, Dennis Fairall found success on the track as a student at the University of Western Ontario, where he was part of the gold medal men’s 4×200-metre relay team at the 1977 OUA Championships. He also contributed to a silver medal for his hometown of Tillsonburg in the 4×100-metre relay at the 1975 Canadian Championships.

Fairall founded the Tillsonburg Legion Track Club in 1974 and remained with the club as Head Coach until 1985 when he joined the University of Windsor.

Our thoughts are with Dennis Fairall’s family, friends, and the countless members of the athletics world who have been touched by his life.