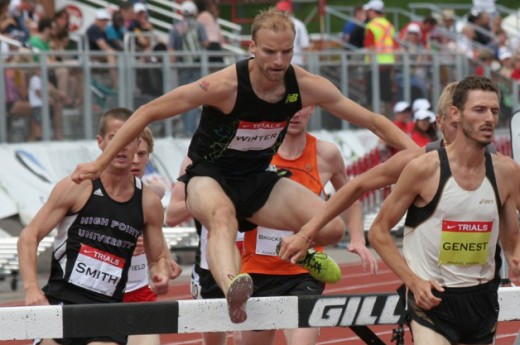 Chris Winter is running the 1500m at the Jerome Indoor Games on February 2nd at the Richmond Olympic Oval.  Although his specialty is the 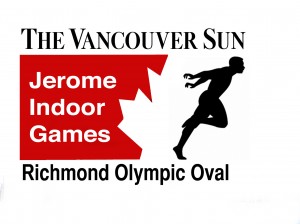 3000m steeplechase, he is dropping down to the metric mile on the 5 lane indoor track.  His indoor personal best is 3:56.51 set in Toronto in 2010 would break the ROO track record. This is the 3rd annual indoor event honouring the Canadian icon, Harry Jerome, the Olympic medalist who held the world records for the 100m and 100 yards in the 1960’s.  Information on the event is atwww.harryjerome.com This year will feature age group as well as open competition.

Chris Winter is a clear example of the quality of persistence and determination needed to approach full development as an endurance athlete. The Handsworth Secondary student graduated in 2004 with tremendous promise in his favoured event the 3000m steeplechase. At the Harry Jerome Classic that year as he recorded one of the fastest times amongst high school athletes in North America with his 8:54.94.  In 2003 he captured the bronze medal in the World Youth Championships in Sherbrooke, Quebec. He won a scholarship to the hot bed of track and field at the University of Oregon in Eugene.

Although this athlete competed for Canada at the World Junior Championships teams in both cross country and track and field in 2004 and 2005, his improvement in the steeplechase was modest in the next two years as he reached senior competition. He had improved only 3 seconds over his high school time by 2007.

This is where the persistence and determination are needed to get to the next level. After winning the PAC-10 Championships and graduating from the University of Oregon, Chris moved to Guelph, Ontario, another hot bed for endurance runners at the Speed River Track Club.  That spring he lowered his time to 8:39.91.  His 2011 season has hampered by injury but 2012 was the culmination of a decade of dedication as he almost made the qualifying mark for the 2012 Olympics in London. Of his 10 best career times in the steeplechase, 8 were set last summer. His career best of 8:28.46 was set in Lucerne, Switzerland, just short of the Olympic A standard.