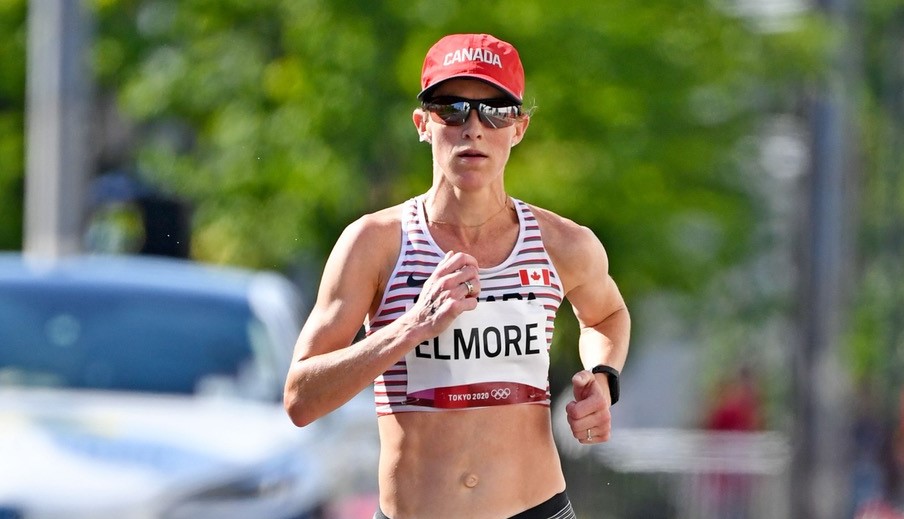 While some of North America’s fastest distance athletes were competing in the Houston Marathon or Half Marathon on Sunday, Canadian two-time Olympian Malindi Elmore won the Phoenix Rock ‘n Roll Half Marathon. She was hoping for warm and dry conditions to prepare for the February 18 Seville Marathon, but instead, it was cool and wet in the Sonoran desert. Elmore clocked a time of one hour, 11 minutes, and 36 seconds (1:11:36).

She may have been wanting to approach the Canadian record of 1:09:38, which was set by Andrea Seccafien in Muragame, Japan in 2020 — the elements were not letting that happen.

Finishing in second place was American Lauren Paquette who clocked a 1:12:30 finish time. Taking third was fellow American Sarah “Spags” Pagano with her 1:13:15 posting. Paquette, a Little Rock, Arkansas native with the Hoka Northern Arizona Elite club owns a best of 1:09:06 from the Hardeeville Half Marathon that she ran in Dec. 2021. In January 2021, “Spags” of Ringwood, New Jersey staged a Vegas performance of 1:09:41.

Elmore, the head coach of the Kelowna-based University of British Columbia Heat teams is a former Canadian marathon record holder. She is focussed on running her best time and perhaps in the right race, she will take back the record currently held by sometimes training partner Natasha Wodak of North Vancouver. Wodak broke Elmore’s record that was set in Houston in 2020 at 2:24:50 with her 2:23:12 performance in Berlin in Sept. 2022.

In Phoenix, Elmore finished behind 10 men including fellow Canadian Rory Linkletter who took second place in the time of 1:05:28. He crossed the finish line exactly one minute behind Kenyan Dennis Kipkosgei. Finishing in third place was American Reid Buchanan with his 1:06:25 clocking. Linkletter holds the national record of 1:01.08 from Houston last year.