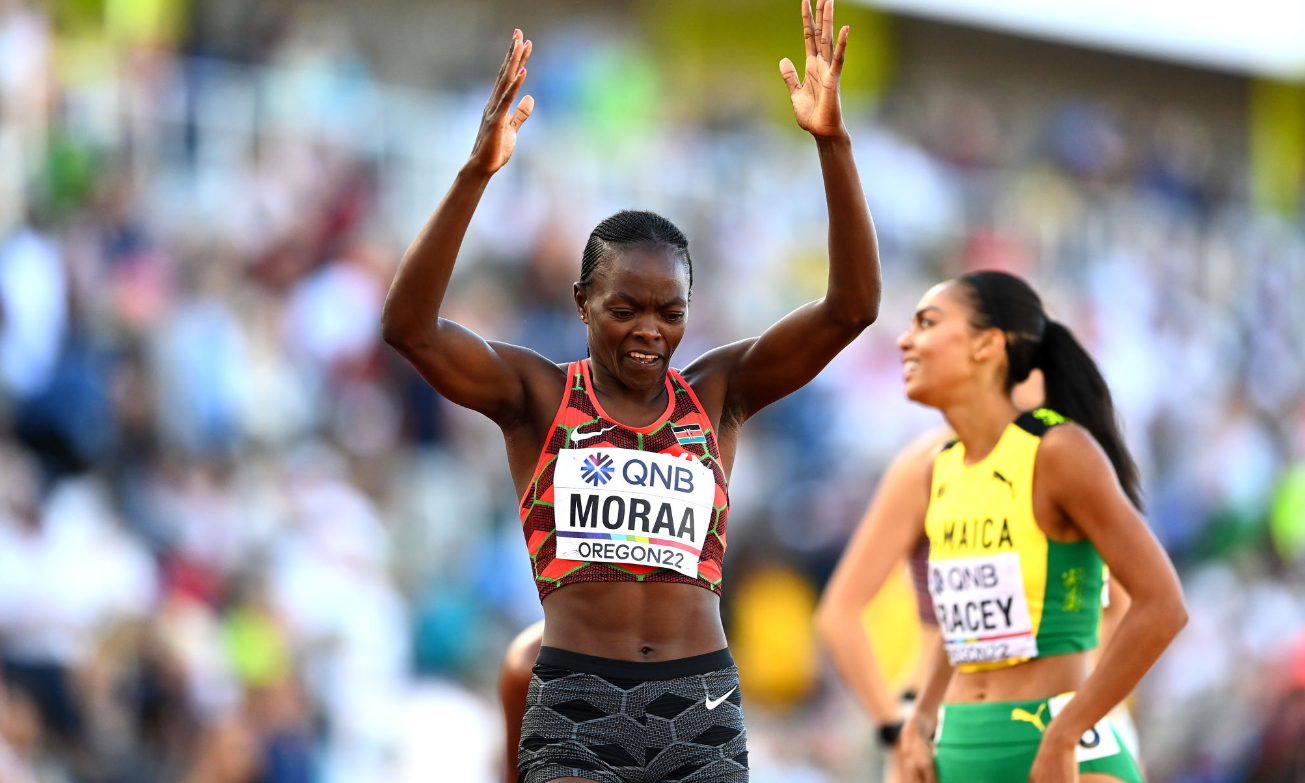 Keely Hodgkinson, one of the most talented 800-metre runners in the world was a bridesmaid for the third time in three global championships.

During the Tokyo Olympic final last August, she was up against American Athing Mu. The two 19-year-olds battled hard but Mu took gold and Hodkinson settled for silver.

Last month at the Eugene World Athletics Championships, the two went at it again and finished 1-2. It was closer and Hodgkinson appeared ready to pass Mu over the final 100m.

During the Birmingham Commonwealth Games there would be no Mu. However, there is an upstart from Kenya — isn’t there always — in Mary Moraa, also just 20, who finished third in Eugene. This time, she would fling herself from near dead last to first unleashing a furious final 50m kick to drop Hodkinson and take gold.

Moraa clocked a 1:57.07 finish time. In the process the 22-year-old took the field out hard, to spread the competitors. Dropped back to last place, then went after it over the final 300m — it was an odd race to be sure. Hodkinson is credited with the finish time of 1:57.40.

But Hodgkinson must be wondering what she needs to do differently to win gold. In Tokyo Mu and Hodgkinson negative split the race, which is rare for the distance. Mu had more left in the engine down the final straight. In Eugene, it was a more standard-looking two-lapper. In Birmingham, Moraa ran the oddest race, and yet it worked for her.