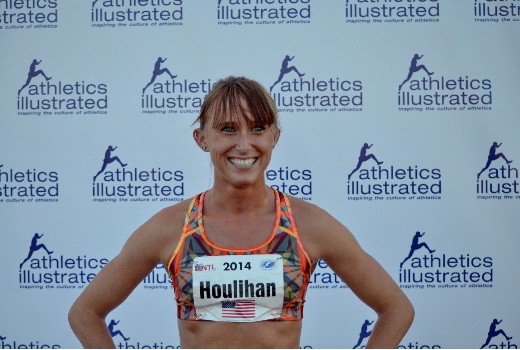 The delay in releasing the Shelby Houlihan report by the Court of Arbitration for Sport (CAS) is not a good look for the organisation or the wheels of justice.

For most other athletes, the results and actions are often swift and decisive. In the released initial report, the CAS wrote that the full report would be released in “short order.”

Houlihan’s four-year ban for testing positive for the performance-enhancing drug nandrolone was upheld by the Swiss-based CAS in June. It was at that time the CAS said that they will release a full report on the decision.

The 28-year-old American record-holder in the 1,500 and 5,000m was unable to prove her claim that the positive test for the anabolic steroid was caused by eating a burrito purchased from a food truck that was located near her home in Beaverton, Ore. Allegedly, she did not have the proposed pork burrito that had a very slim chance of containing nandrolone, but a beef burrito that was cooked on the same grill. Sounds like a cooked-up story. The CAS wasn’t buying it and her four-year ban was upheld by the CAS.

Houlihan was first notified by the Athletics Integrity Unit of her positive test on January 14. Nearly eight months ago.

Not that there is any proof or allegations of influence or collusion between Nike, the company that invests heavily in the sport of athletics, and the CAS, but the optics are not good. Houlihan runs for the Bowerman Track Club, a Nike-sponsored entity.

Just as questionable, Houlihan and her coach Jerry Schumacher both claimed during a live video media conference to have never heard of nandrolone. Neither the athlete nor the coach responded to emails about the claims.

Nandrolone is one of the most widely used performance-enhancing drugs in high-performance sports, bodybuilding, and weightlifting. The steroid was created during the 1950s and has been allegedly used since the 1970s. The East Germans seemed to use it in sprinting and throwing events and have been a favourite of sprinters since. Some middle-distance and even long-distance runners have been suspended for usage over the years.

The CAS needs to publish its full report. With each passing day, the apparent lack of transparency throws shade over the process. Public opinion will continue to wane.

Well, there you have it. Shelby Houlihan is out of the US Olympic Trials. https://t.co/DLDt7a1ODU