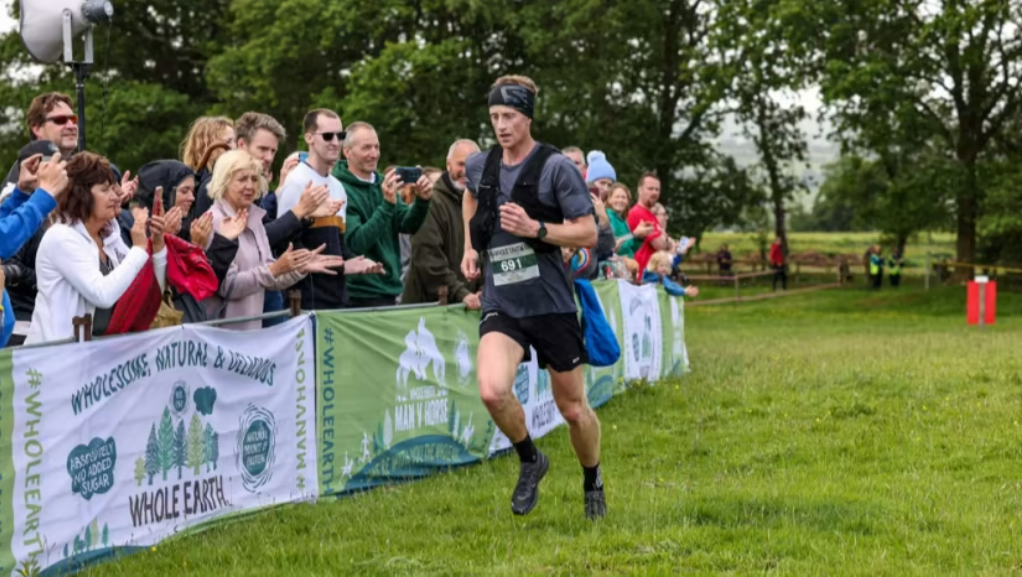 British runner Ricky Lightfoot won the Man vs., Horse “marathon” on Saturday. The race requires athletes to cross 35 kilometres of countryside in Wales. He is the first human to finish ahead of the horse in 15 years.

Lightfoot, made the run in two hours, 22 minutes, and 23 seconds to best the horse named Lane House Boy, who was ridden by Kim Alman. Alman and Lane House Boy crossed the finish line in the time of 2:24:24.

Living up to his name, Ricky Lightfoot beat nearly 1,000 runners and 50 horses to become the third runner in the 22.5 mies race's history to winhttps://t.co/Dy7SGVldvL

The race (incorrectly referred to as a marathon, must be 26.2 miles or 42.2 kms) in its 41-years running (and galloping) saw man better beasts for only the third time in its history.

Approximately 1,200 runners raced 60 horses and their respective riders over rural farmland and parkland.

Lightfoot earned $3500 pounds for his efforts.

“I thought I could give the horse a good race,” Lightfoot told the BBC. “It would be great if I could win the Grand National. I’ve never rode a horse in my life. I once rode a donkey at Blackpool Pleasure Beach, though.”

Lightfoot is no lightweight. The Cumbria, UK distance runner specialises in fell and ultra running. His club of record is Ellenborough Athletic Club. Lightfoot has won several of the most difficult fell races and some ultra marathons. He has been fell running since age 14.