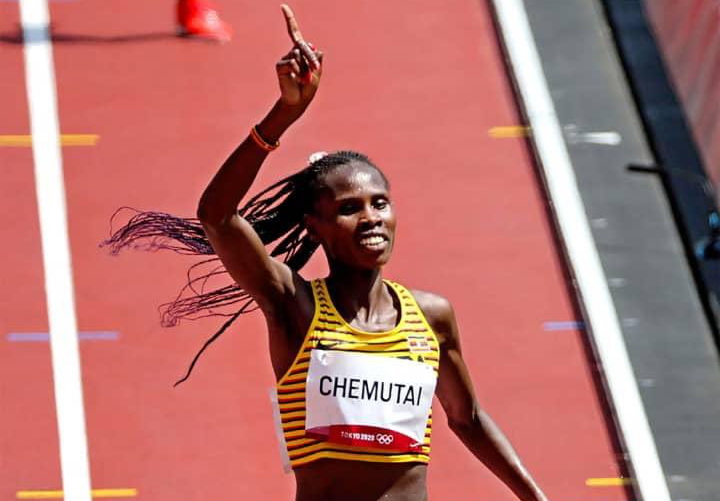 Peruth Chemutai has just stunned the world with a gold medal victory in the 3,000-metre steeplechase final. The young Ugandan who was yet to medal in a major global competition ran a smart, tactical, and patient race to eventually triumph over the field. In so doing, Chemutai is not only the new national record holder but also the country’s first women’s Olympic champion.

It was particularly hot and muggy, and after a slow start, GSC athletes Chemutai and Kiyeng (Kenya) stayed nearby in front, with Chemutai in near striking distance. On the final lap, Chemutai overtook and stretched her lead, winning decisively.

VIDEO: Peruth Chemutai,22, is now the first ever female Ugandan to win Olympics gold after she defied odds in the women's 3,000m steeplechase, August 4. She completed her race in a new national record of 9:01.41.#MonitorSport #MonitorUpdates pic.twitter.com/Zu6T67wSvN

Kiyeng’s mental and physical toughness allowed her to secure a bronze medal. The two East Africans will leave Tokyo with great performances to their names.

Peruth said, “I am happy, I am so happy. After my 5th place at the World Championships in Doha, I knew a medal would be possible if I run a good race. Today was a good race. I had my ups and downs in the last two years, but it also made stronger. I would like to thank my training partners in the camp as they really supported me so much in these times.”

DNS = did not start