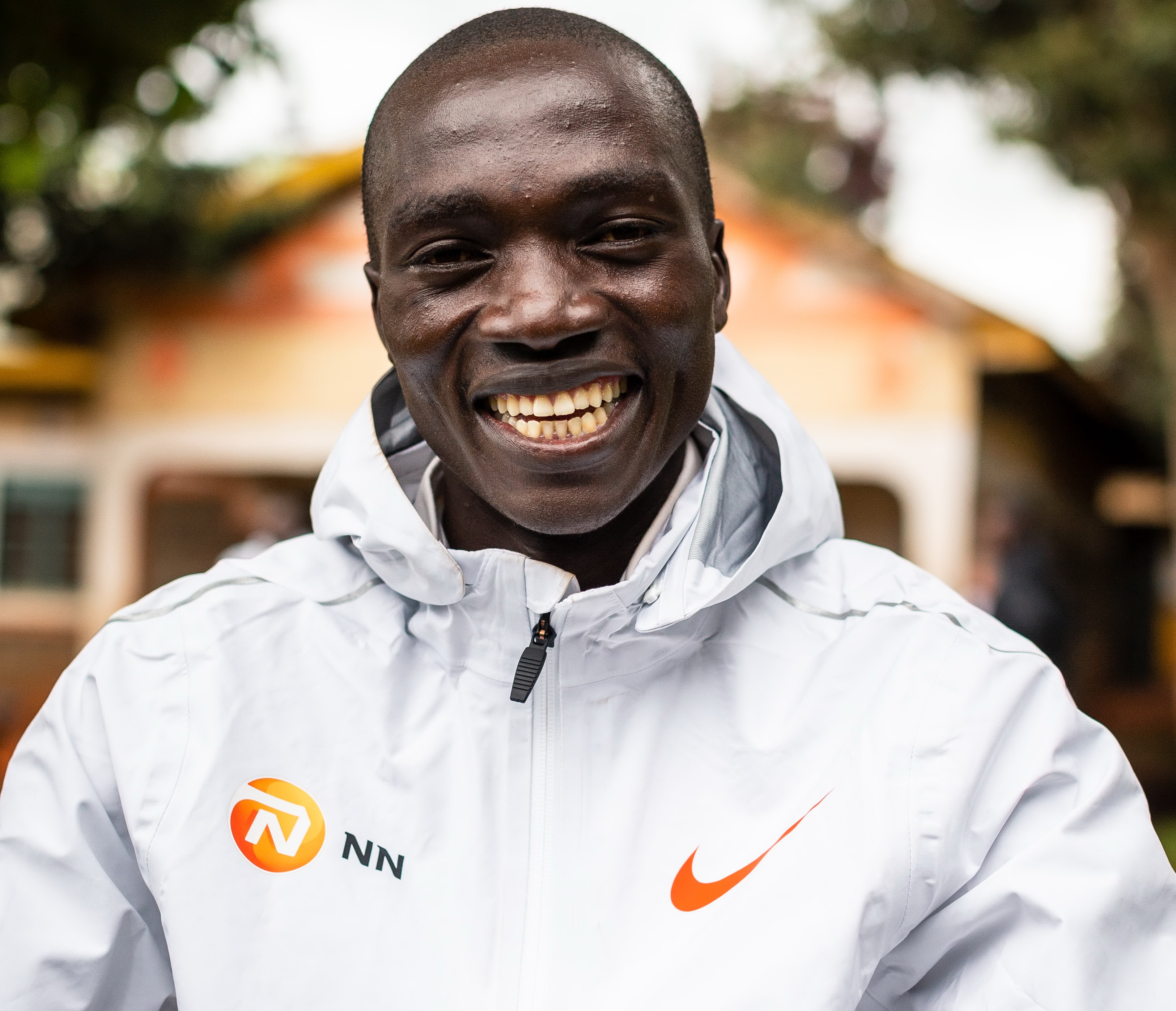 No Ugandan runner has ever won the Scotiabank Toronto Waterfront Marathon a blemish which Felix Chemonges wishes to eradicate October 20th on the race’s 30th anniversary.

“(My goal) is to win the race and improve on my personal best as I want to get selection with my Toronto performance for Tokyo 2020,” he explains. “My future goals are to be a world-class star.”

“I have only run two marathons before, which were smaller marathons. Both times I finished second. Toronto will be my first big one and I am really looking forward to it.”

In recent years, beginning with the inspiring victory of Stephen Kiprotich at the 2012 London Olympics, Ugandans have strived to match the competitive results of their East African rivals from Ethiopia and Kenya. Now, with young athletes like the 23-year-old Chemonges (he turns 24 on October 10th), the country’s fortunes are indeed in good hands.

One of those aforementioned second-place finishes came at the 2019 Linz (Austria) Marathon back in April and yielded a personal best of 2:09:19 but since then he has also lowered his PB at the half marathon distance with a 61:03 clocking in Zwolle Netherlands. That is, indeed, encouraging as he builds towards the Scotiabank Toronto Waterfront Marathon – an IAAF Gold Label race.

It is in Kapchorwa in Eastern Uganda which is around 50km from the border with Kenya. The elevation is roughly 2000-metres above sea level but they can reach even higher elevations nearby – perfect for training.

“I live in the camp then we meet with other marathoners from different groups and train together,” Chemonges says.

Under the guidance of coach Nalis Bugongo the group which can number as many as sixty athletes and includes Joshua Cheptegei, the 2019 IAAF World Cross Country Champion, Robert Chemonges (no relation) and Jackson Kiprop, winner of the 2019 Nagano Marathon,  has a strict training regimen running twice a day.

Highlights are a 35-kilometre run on Thursdays and a Tuesday track session which sees the group running one kilometre ten times at 2:06 marathon pace with a very short recovery.

The camp is not far from the village of Chebungai where Chemonges grew up and where his siblings still live and farm, so he is able to return home on occasion. But like their Kenyan rivals they are incredibly dedicated to the end goal of achieving success on the roads. Everything points in that direction from getting enough rest as well as massage between training sessions, eating healthy and pushing each other.

It cannot be stressed enough what the impact of Kiprotich’s Olympic gold medal offered the young runners. Although he trains mainly in Kenya at the Global Sports Communication camp in Kaptagat he returns home on weekends.

“His medal has inspired me to strive for the same title and many medals for myself in the future,” Chemonges says of the Olympic hero. “It’s the biggest inspiration for all of us from Kapchorwa region.

“I meet with him and he encourages me.  We often train together when he is at home. He is the most well-known Ugandan and he also competed in Toronto last year.”

The 2017 IAAF World Cross Country Championships were held in Uganda’s capital of Kampala which was an incredible source of national pride. Kiprotich returned home to be a member of the Ugandan team even though he is now a fully-fledged marathoner. At that point Chemonges had not yet distinguished himself. But that would change a year later.

Selected to represent Uganda for the first he finished 26th in the 2018 IAAF World Half Marathon Championships in Valencia recording a then personal best of 62:10. That was just four places ahead of Canadian marathon record holder Cam Levins who is also racing for Olympic selection in Toronto.

Later the same year he finished second at the Beirut Marathon, with a promising debut of 2:11:57 on a demanding course.

“We chose Beirut with my manager Jurrie as it was a good place to debut and learn the distance and be competitive,” he reveals adding, “I learnt that I can run a faster competition and time when I prepare well and that I can be confident.”

As for Toronto, his knowledge is limited to what he has gleaned from his management and Kiprotich.

“I just know it is a marathon in Canada with a strong course and it can be cold,” and then adding rather prophetically, “And no Ugandan has won, so far.”